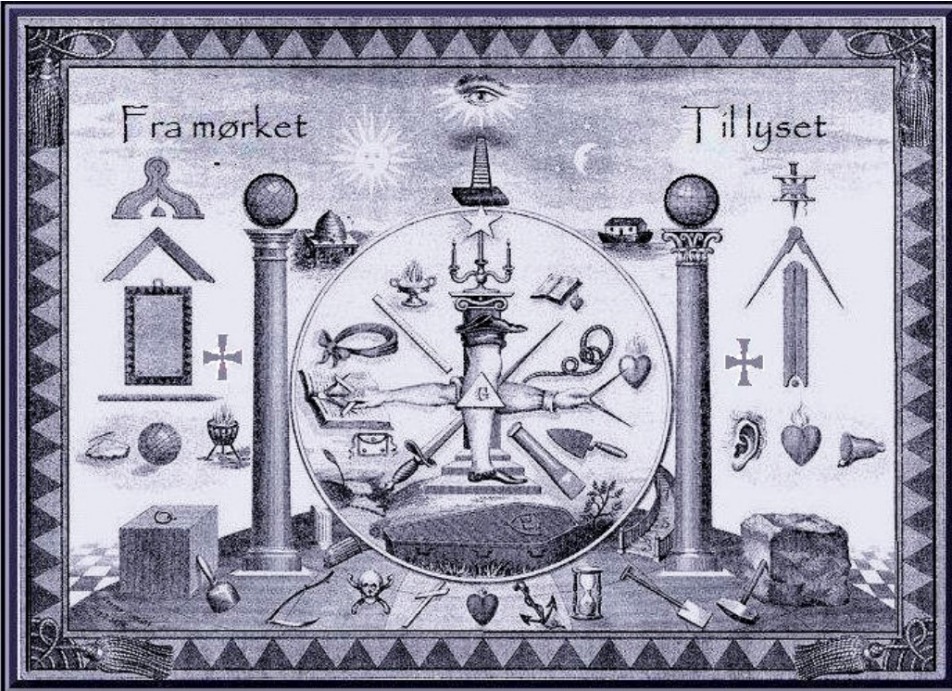 In 1796, on the death of Catherine, Paul freed all captive freemasons including Novikov. However, only a year later an edict had been set banning secret societies. Although the Craft wasn’t mentioned, Paul did get all masters to promise that ni lodges would be opened—so they were not banned, just not allowed to meet.

Paul’s portrait in masonic regalia had been circulated to all lodges, but his membership has never been confirmed. It was generally accepted that he was a mason and often signed letters with “write to me as a brother.”

After Paul’s assassination in 1801, Alexander I annulled this decree and soon after was initiated into a lodge. New lodges were formed, ‘higher’ degree freemasons active under Novikov became active again ad the Craft had a new lease of life. 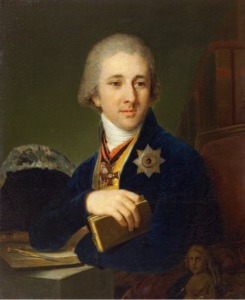 Masonry was beginning to work in opposite directions. Conservative masons dominated Moscow and St. Petersburg, but French masons were increasing and were deemed liberal. The third group were the Swedish Rite masons who were Christian under Lodge Pelican. This later group formed the Grand Directorial Lodge (renamed to Provincial) in an attempt to find unity with Johann V. Boeber as the first Grand Master in 1810.

During this period the Rosicrucians were developing under Alexander F. Labsin, a Russian aristocrat, with Order of the Rosy Cross. Admission into this group was strict. A ‘Scottish’ lodge called Bethlehem with Labsin in the chair used the Russian ‘Theoretical Degree’ which maintained the Russian traditions of the 18th C of self-improvement, philanthropy and Christian mysticism.

The Craft must have been in a good place—the defeat of the Napoleonic armies with so many high ranking officers being freemasons must have made a positive impression on everyone.

Once again another division took place with the formation of the Grand Lodge of Astrea in 1815 (only lasted 7 years) had a more German than Russian outlook and covered the three degrees only. Thus its members were free to search for other degrees with no guidance. However, they deviated to include the English system and also Yelagin’s system.

Shortly after, another German element in Russia introduced the Schroeder System which has been considered a second period under Alexander. This system was also only three degrees with other degrees being rejected.

In 1817, both Grand Lodges signed an agreement concerning the mutual relations. By 1824, Astrea had 24 lodges working and the Grand Master was answerable to the Government thus indicating a lack of trust. This might have been due to the huge variation of rituals practiced by its members. This is confusing for freemasons so who knows what the Government thought about it. 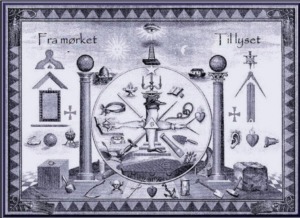 During this time, much of the old traditional aspects of Russian freemasonry was lost— membership standards deteriorated. The educated and aristocratic were replaced with ordinary middle class who were poorly educated.

The national character that Russian freemasonry always had was being replaced as well—the foreign influence due to traders, physicians, teachers, artisans changed the dynamic of many lodges to the point that some degrees were worked in other languages.

Membership of Masonic lodges, both in Russia and abroad, enabled Russian noblemen to socialise with foreigners of various origins and to build networks. Already in the 18th century numerous Russians, many of whom subsequently became eminent, are known to have belonged to or visited lodges across Europe. For example, we find Princes Gavriil Gagarin (1745-1808) and Aleksandr Kurakin (1752-1818) in lodges situated in Stockholm, one of the Vorontsovs (it is not clear which) in Warsaw, Mikhail Kutuzov (1745-1813, who would become commander-in-chief of the Russian army during Napoleon’s invasion of Russia in 1812) in Ratisbon, the dramatist Vladimir Lukin (1737-94) and others in Berlin, Andrei

Unfortunately, some lodges had a revolutionary element and Deputy Grand Master Kushelev (a Lt General and Senator, and one of the ‘old school’) filed a report advising the Emperor that Masonry should be closed down. Not surprisingly on 1st August, 1822 (nine months after the report) Alexander decreed the closing of all masonic lodges in Russia.

Sadly Alexander’s successor, Nicholas I, confirmed the decree on 21st April, 1826 and this really finished off Freemasonry in Russia for the foreseeable future. Even the word freemason was erased from dictionaries.

As an aside, some of the lodges working the so called higher degrees appear to have continued to function. These ‘Rosicrucian’ or mystical lodges were perhaps not on the Government’s radar as they knew very little about. Indeed, only active freemasons knew much and their activities were always low key to avoid the wrong publicity and wrong type of mason from joining.

An edition of the Cross Keys next year will have an article relating to Russian Rosicrucians and the last article will be the situation today.

What is The Cross Keys Magazine?

The Cross Keys is a free magazine distributed across the many countries in order to spread the good (and sometimes not so good) qualities of the Craft. All views are of individual brothers and not any organised body.

PM of The Anchor Lodge of Research No.1814 Past Provincial Grand Secretary of the Province of Renfrewshire East.