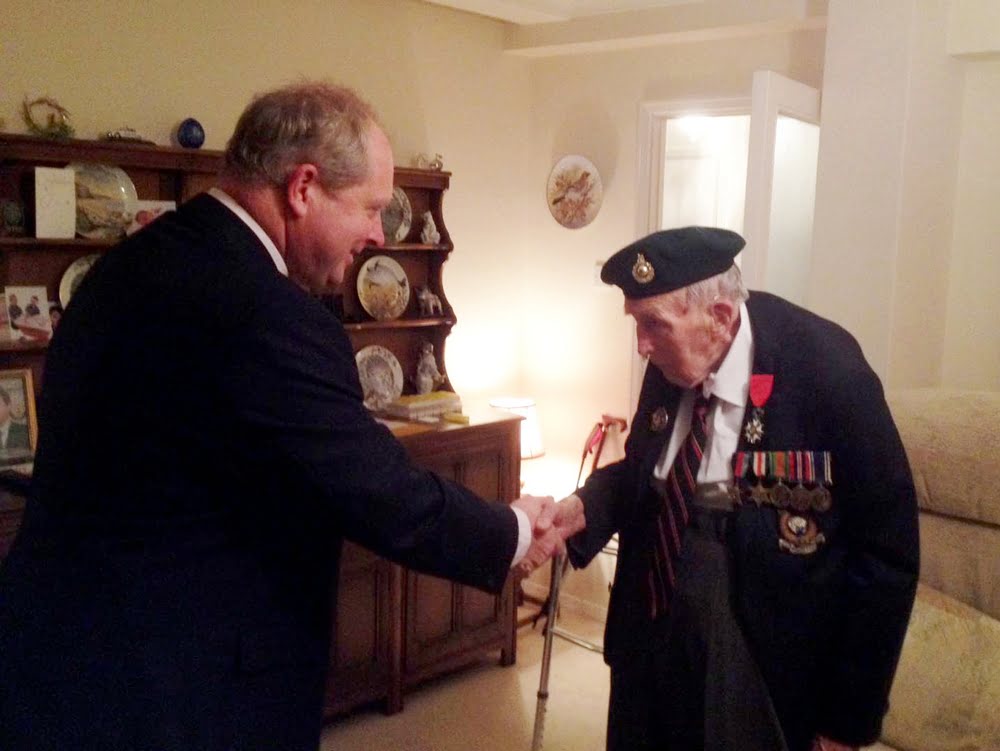 92-year-old Tom Bodell, from Dover, has been awarded the Chevalier de l’Ordre National de la Légion d’honneur by the Government of France in recognition of his part in the liberation of France during the Second World War.

The Légion d’honneur is the highest distinction awarded in France for recognition of both military and civilian merit.  Established in 1802 by Napoleon Bonaparte, an average of just ten British nationals per year receive this award.

Tom served in 41 (Royal Marines) Commando and landed at Sword Beach in the D-Day landings in June 1944 and went on to serve in various locations through France, Belgium, Holland and Germany.

At the end of hostilities he returned to Kent and joined the Kent County Constabulary. It was the start of thirty years’ service with the Police Force during which he worked his way up to the rank of Superintendent in charge of Dover and Deal Police from 1964 to 1971.  He was subsequently promoted to Deputy Divisional Officer a post in which he served until his retirement in 1975.

Outside of his professional career, Tom’s interest in community service led him to become a Freemason in 1960. He first joined Saint Augustine Lodge Number 972 in Canterbury, and later became a Joining Member of Bredenstone Lodge No 8093 at St Margaret’s-at-Cliff, where he served as Master in 1977.  He was also a member of the East Kent Masters No 3931 and, in 1981, he joined Foreland Lodge No 3209 serving as Master in 1991.

Nowadays Tom is an unattached Freemason having resigned from his various lodges in 2008 when his health had become poor.

Tom is married to Daphne and they have a daughter, Lesley and two sons, Graham and Nigel.  All members of his family are extremely proud of him and so pleased he has been recognised with this high honour.

Photos courtesy of the Bodell family.