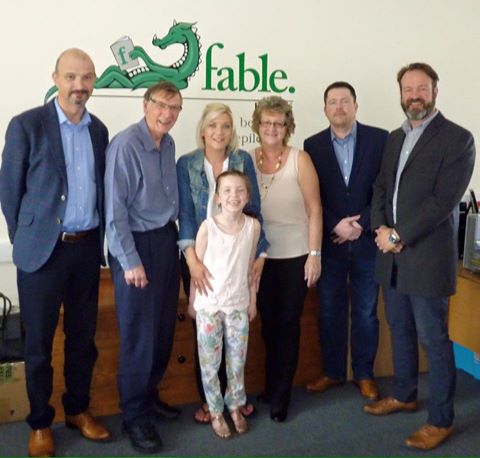 Royal Brunswick Lodge No. 296 of Sheffield in the Province of Yorkshire West Riding has for the last year been involved in fundraising in aid of the charity F.A.B.L.E. (for a better life with epilepsy – http://www.fable.org.uk/). This particular charity was brought to the attention of the lodge as one of the members suffers from epilepsy and as well as receiving support from FABLE has been the recipient of Vagus Nerve Stimulation Therapy (VNS), a treatment for those with epilepsy uncontrolled by medication alone. It’s fair to say that with this support and the NVS his life has been turned round and he is now able to enjoy a much more stable and active existence.

When the Lodge became aware of FABLE embarking upon a new project to work with epilepsy nurses in supporting underprivileged families by providing epilepsy bed alarms to those that will benefit the most an application to the Provincial Grand Masters fund was made. This application was successful to the tune of £1500 and that, coupled with the £1000 from the Lodge was presented to FABLE earlier in the year.Once the bed alarms had been purchased, members of the lodge were invited to FABLE’s offices to hear more about the project from FABLE founder Sandra Howard, to view the alarms and meet some of the recipients.

Background to the project; Looking after a child with severe epilepsy, every waking minute of every day and every night is consumed with the anticipation of a seizure. Sleep deprivation becomes the norm. Night-time seizures are dangerous and there is a risk of death. It is not unusual for children to sleep with their parents. Many parents check on their children throughout the night and the loss of sleep and the stress for the whole family is immense. The epilepsy alarm provides peace of mind, allows many families to have a proper night’s sleep for the first time in years, and brings a tremendous improvement in quality of life for all involved.

How the potential life-saving system works – the epilepsy bed alarm sits under the mattress of the child’s bed and alerts the parent or carer to a seizure while sleeping. The alarm makes a piercingly loud noise if a sensor detects violent movement in bed, enabling parents to act quickly and put the epilepsy sufferer in the recovery position and administer medication as necessary.

Royal Brunswick Lodge is continuing with its support for FABLE and in addition to Lodge fundraising nights many of the members and their families were present at FABLEs splendid 21st Anniversary Ball, held at Sheffield City Hall on 21st May. One of their members, Dave Wynne- Jones is undertaking a gruelling 100 mile run in the Lake District, in July and you can sponsor him here – https://www.justgiving.com/fundraising/David-Wynne-Jones100. Fable founder Sandra Howard and Sarah Osborne Green, Operations Manager will also attend the Lodge’s next meeting on Monday 13th June where they will update all those present on the good works that FABLE is aiming to achieve with the continuing support. 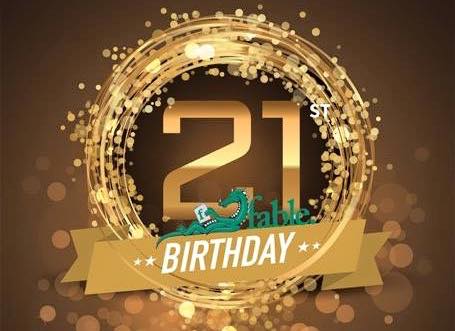