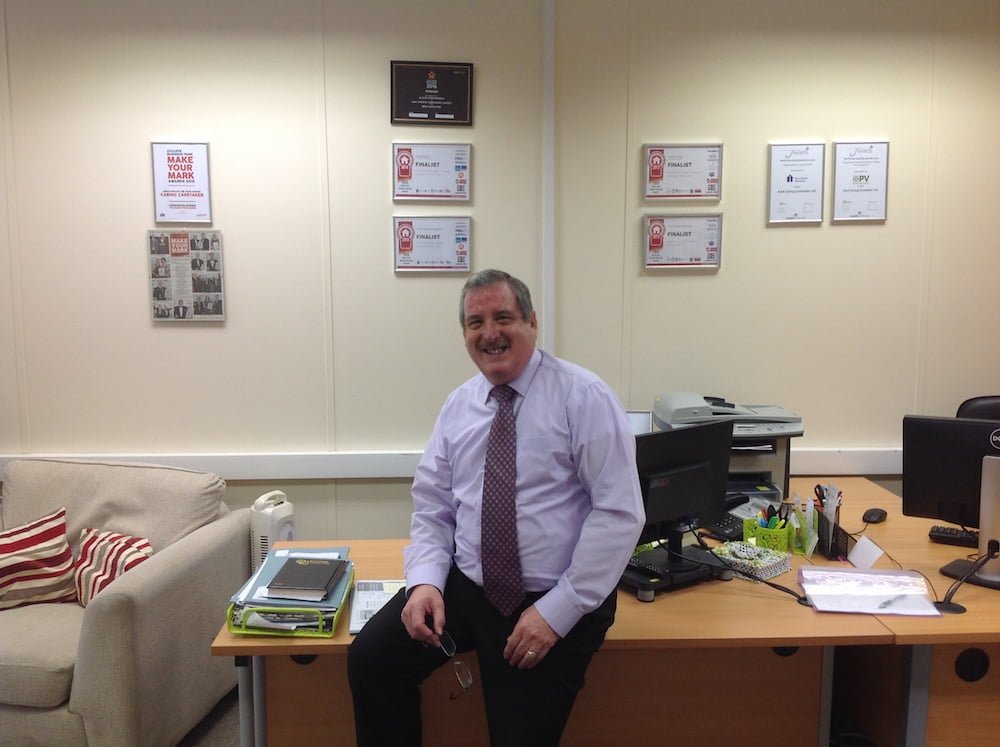 A Darlington businessman and Freemason who helps former servicemen back into work has received an MBE for services to business and the community.

Richard Tucker, 58, served for 20 years in the RAF, including in the first Gulf War. Originally from Plymouth, when he came out of the RAF he settled in Darlington, working for Safeway, but in 2006 set up a property management company, based in Newton Aycliffe.

He now looks after 50 properties in Darlington, Bishop Auckland and Durham City, where he manages student accommodation. Out of property management grew his Caring Caretaker business which provides handymen for landlords.

Initially, the handymen – many of whom are ex-servicemen – worked on his company’s properties, but now the service is used by other landlords, including estate agents and the NHS, across the north.

Over the years, Mr Tucker has helped at least 70 former servicemen find their feet in civy street.

Richard, who is married to Pam and has two children and two grandchildren, works with similar organisations like Groundwork North East and Veterans at Ease, and is on the advisory board of the Teesside University School of Science and Engineering.

He is also a committed Freemason, belonging to St Oswald and Nevil Lodge of Installed Masters in Darlington and also Darlington Royal Arch Chapter.

Richard was promoted in Provincial Grand Lodge to Past Provincial Junior Grand Warden in 2012 and also enjoyed a year as Acting Provincial Grand Scribe Nehemiah in 2014 in the Royal Arch. In the Knights Templar Degree Richard is currently Provincial Registrar and is soon to be installed as Sub Prior for the Province (the equivalent to Deputy Provincial Grand Master in the Craft).

Richard also made a significant contribution to our own Durham Benevolence serving on the Provincial Committee for nine years and instigating the Estates Committee which went on to save sizeable sums in management fees and costs.
In 2015, he received the Freedom of the City of London.
“You could have knocked me down with a feather when I opened the letter from the Prime Minister,” he said. “I am extremely proud, pleased and honoured – it is a tremendous acknowledgement.””