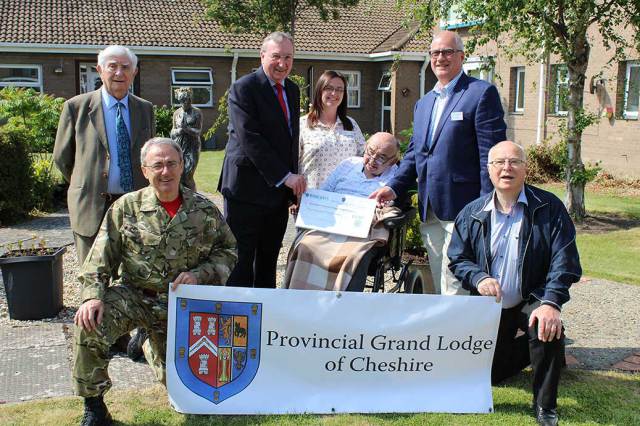 A sunny day with temperatures in the low 20’s greeted families and guests of residents at Queen Elizabeth’s Court Annual “Open Day” and Fete held in their extensive grounds at Llandudno on 4 June 2016. Earlier in the day George Mann APGM presented a £4000 cheque from the Province of Cheshire to David Evans Chairman of the Friends of Queen Elizabeth Court. The sum will be added to the return from their Open Day and cover the cost of refitting the RMBI’s residents library and provide a new Audio Centre. Cheshire Views own Librarian Grenville Phillips met up with a former member of Gateways Lodge 6374 now a resident of QEC and showed him one of the libraries newest requisites, a ritual book written entirely in abbreviations.

During the day Cheshire was well represented by Caerlleon Lodge who manned and organised a Paint Ball shooting gallery which proved very popular with adults and supervised youngsters. In February next year members of Gateways Lodge plan to hold a special Lodge Meeting at Queen Elizabeth Court when resident Trevor Owen a celebrates his 50 years in Freemasonry, this will be the first time a Cheshire Lodge has held such a meeting at Queen Elizabeth Court. 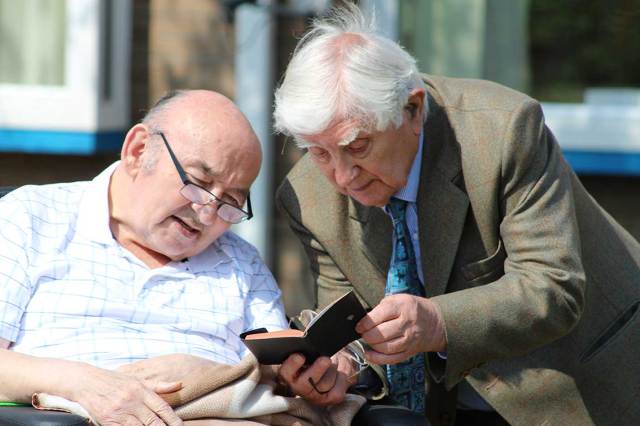 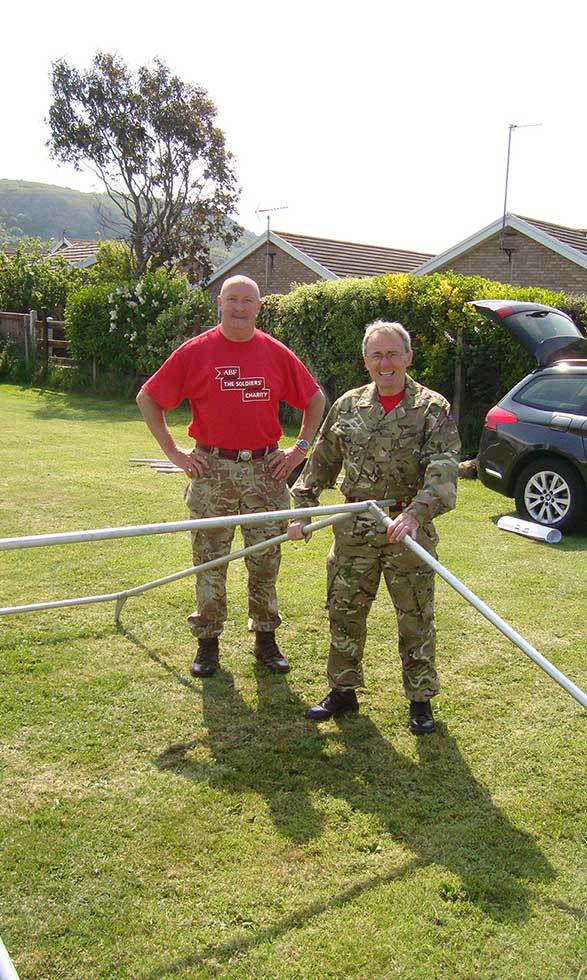 Philip Jones Caerlleon Lodge a former Army Major and Area Five Almoner accompanied by an Army colleague still remember how to erect a marquee in preparation for the Lodge Paint Ball stand.