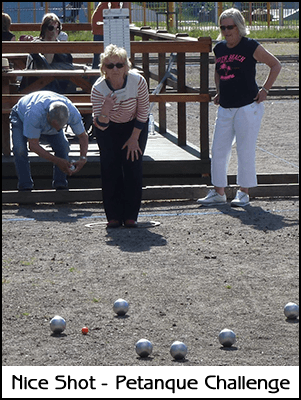 During the past few years Beeston Lodge No 6103 has made a concerted effort to establish a full program of social events for its Brethren, their families and friends. A small group, consisting of Lodge Officers, wives and friends, have formed themselves into a social committee holding regular meetings throughout the year to discuss ideas and arrange events that will be appealing to Lodge Brethren. The aim is to organise one social event every month of the year, thereby keeping the members in contact throughout the summer months when the Lodge is inactive. Past events have included Trips to London, Petanque competitions, Clay Pigeon Shoots, River Cruises, Ghost Walks, Quiz nights, Dog Racing, Burns Nights, Car Treasure Hunts and a number of formal and not so formal restaurant meals.

Although the social committee works in the name of, and on behalf of the Lodge, it has its own chairperson, secretary and treasurer. This separation works very well, internally sourced fundraising is still handled by the Lodge via its normal offertories, Festive Board raffles, appeals and individual festival donations and pledges; but it now also benefits from a welcome second stream of external charity fundraising via its social committee. Beeston Lodge Charity Steward and Social Committee Treasurer, Bob Draycot, is always delighted to add an extra thousand or two towards Beeston Lodge’s 2018 Festival target. Being a Lodge with a modest membership, it would have been hard to see how we could have met our target from contributions of its core ‘active’ membership alone. However, due to the help of our fantastic social committee, we are now well on target and quite confident of achieving our total.

Whilst formed primarily for the interests of Lodge members, the committee has the overriding motivation of raising the maximum amount of money for good causes. Events are thus planned to appeal to Brethren and friends beyond the limited membership of Beeston Lodge itself. Personal invitations and the advertising of events to other Lodge’s members has enabled us to put on events which otherwise may not have been financially viable. Inter-Lodge camaraderie and friendly rivalry has been fostered to such an extent that, not only do we attend each other’s events, but we have now begun to explore holding joint Lodge events and inter-Lodge challenges. A jointly organised Beeston Lodge / Robin Hood Lodge Quiz Night at Chilwell Hall in April attracted over 80 players and has raised welcome funds for both Lodges. An inter-Lodge clay pigeon competition is also planned for later in the year.

It is always gratifying to get feedback from the charities we support, and we have tried to personally hand over cheques where possible. We have had some lovely letters and visits from charity recipients telling us how money was immediately put to good use; examples such as making the reception area of Rainbow Children’s hospice a brighter and more welcoming space, and how our donations helped stage a memorable (and for some perhaps last) Christmas Party for terminally ill children and their immediate families. Contact from the Trent Cardiac Centre also informed us how our donation would make important personal differences to the individual care of local cardiac patients.

The Beeston Lodge is very lucky and proud to have the backing of such an active and motivated social committee and as I come to the end of my 2 year mastership of Beeston Lodge, I would like to thank them for all the financial support and entertaining diversions they have provided to the Lodge during that time. The Beeston Lodge banner depicts a Beehive representing the origins of Beeston as a producer of honey i.e. a Bee’s Town. However, the beehive also has the masonic symbolism of industry and hard work, which especially describes the contribution of the mason’s wives and friends who have been the prime drivers of our success through their tireless organisation of events and drumming up support and getting people to attend.

Beeston Lodge events are always advertised on the Provincial Website, in the Provincial Magazine and Provincial News Letter; please come along if anything piques your interest. Also, if your Lodge has an idea for a FUNdraising event and need a partner lodge to make it viable, then please do get in touch.