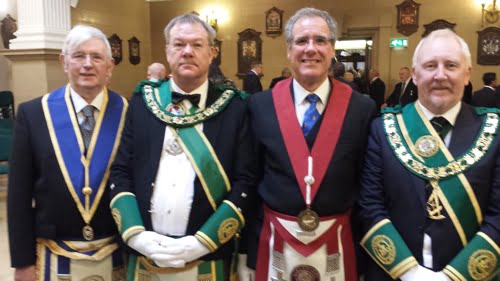 Following the Annual Provincial Meeting in May this year two newly appointed Provincial Grand Stewards wasted no time in visiting ancient and interesting Lodges around the UK.

W Bro Martin Parrack visited two Scottish Lodges during his first week in office, the first being the Lodge of Edinburgh (Mary’s Chapel) No. 1.

Martin reports, “This was a Special Meeting to commemorate the 375th Anniversary of the Initiation of Sir Robert Moray – the meeting having been moved to Freemasons’ Hall Edinburgh. The main business was to Initiate into Freemasonry of The Hon. Adam Robert Bruce second son of Lord Elgin – 11th Earl of Elgin, Grand Master Mason 1961-1965, Bro Adam’s father.

“Also in attendance were Charles Iain Woolridge Gordon of Esselmont – Grand Master Mason, Sir Ronald Archibald Orr-Ewing 6th Baronet, Grand Master Mason of the The Grand Lodge of Ancient, Free and Accepted Masons of Scotland until 27 November 2008, a post he held since 2005. He previously held the post between 1999 and 2004 being the only person to hold that office twice. He was installed as Deputy Grand Master & Governor (the administrator) of the Royal Order of Scotland at Edinburgh on 3 July 2009. He is the current Lieutenant Grand Commander of the Supreme Council for Scotland of the Ancient and Accepted Scottish Rite, having succeeded to the Council in 1998.

“The ceremony was a shorted ceremony as explained the ritual has had all the unnecessary parts removed. However, the Senior Warden had a brilliant voice and he delivered a song after the presentation of the apron. It was very, very good. During the meal at Harmony he also sang and when I asked a brother sitting opposite me he explained that the Senior Warden was a lecturer in performing arts. As many of the brethren wondered about his origins he advised he was from Massachusetts.
“Lord Egin, who is 94 years old gave a wonderful speech about his son Bro Adam (48 years – his age was hard to estimate) and very humorous. The reply from the candidate was the best response from an initiate I have ever heard. Bro Ewan Rufford, The Provincial Grand Master of Edinburgh gave the history of Sir Robert Moray (1608 or 1609 – 4 July 1673). 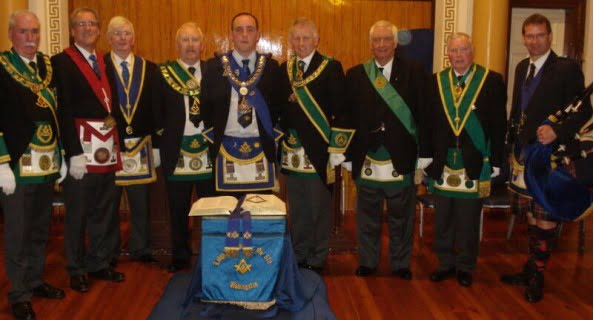 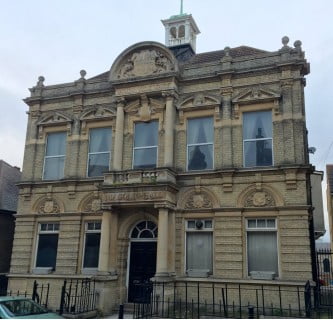 Whilst W Bro Martin was in the North, W Bro Ian Slesser travelled to the South of the country and visited the Royal Kent Lodge of Anquity, No 20. This wonderful old Lodge, meets in the magnificent building pictured here. The evening consisted of a lecture about the origin of some of our traditions and included a description of the initiates chain, a lost part of the celebration of an initiation. The Lodge were surprised to hear that this lost practice is still very much part of the proceedings in some Warwickshire Lodges and this may well lead to a re-introduction in the South East.