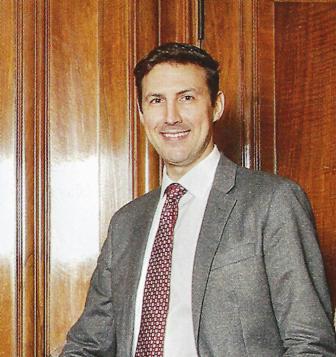 On Thursday 20th October 2016, two hundred and thirty Provincial Grand Officers attended the Winter Gardens, Margate for the Provincial Officers Mess. After catching up and socialising with old friends in the Bar, the members entered the hall for lunch at 1pm.

The President of the Mess, Provincial Grand Master Geoffrey Dearing, was introduced and welcomed, following which Grace was given by the Third Provincial Grand Principal, Clive Manuel. During the splendid four-course meal the President took wine with the Vice-President, Past Presidents, all members present and finally the Guest Speaker, Assistant Grand Secretary Shawn Christie.

Afterwards, the President proposed Toasts to Her Majesty The Queen and the Grand Master, His Royal Highness The Duke Of Kent.

The business of the Mess was then conducted:

The President stated he was extremely pleased with the support of all Freemasons in East Kent as we approach our tercentenary. While this presented many opportunities, he expressed concern over our falling membership. When he took office five years ago East Kent was suffering a 5% net loss annually in the Craft. With the various initiatives introduced since then, including the mobile display unit – which he light-heartedly referred to as “Dearing’s Burger Bar” – has helped to reduce these losses to just 1%. He stressed the importance of meeting the expectations of new members but, with 20% of them resigning before they receive their Grand Lodge Certificate, it is a major cause for concern. While the Membership Focus Group is actively looking at ways to reverse this trend, he was pleased to confirm that new “independent” members (ie applicants via the website and display unit) were showing a very strong retention, suggesting that their expectations are being met. He concluded by saying that membership should remain a priority for all Freemasons, and he recommended that all lodges should appoint a suitable member to be their Membership Officer. Lodges and chapters must stay in touch with non-attending members and support and encourage them to return. The President announced that David Graeme is the Provincial Membership Officer for the Craft and that John Baker had a similar role in the Chapter.

The President of the Mess thanked Shawn for his most interesting and informative talk. He said we have an extremely good communications team in place, led by Assistant Provincial Grand Master, Roger Waltham, and our websites are attracting a large numbers of hits, including justaskone.org.

He concluded by reminding the membership that our forthcoming 300th Anniversary and the television broadcast next year will be fantastic opportunities to show the public who we are!

After receiving a Vote of Thanks from the Provincial Senior Grand Warden, Andy Stevens, the President retired at 3pm to hearty applause. He was accompanied by the Guest Speaker and the members of the Provincial Executive.