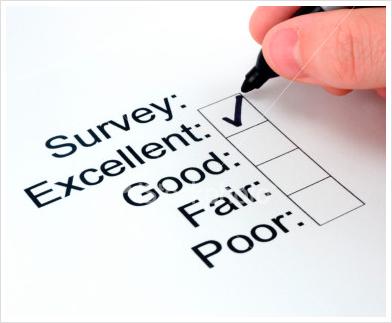 During 2015 the Province undertook an online survey of members, who responded in excellent numbers and provided the Executive with a wealth of information on individuals’ preferences regarding the Province of London in general and their own Lodges in particular.

The Provincial Grand Master and the Executive would like to take this opportunity to thank all those who completed the Survey and also for the frankness of their comments. Criticisms have been addressed on a one-to-one basis, although I am pleased to report that these were very few.

I am now in a position to share the following facts and figures with you.

There were 506 completed surveys, which constitutes a very gratifying 20% response rate, once we exclude multiple memberships. As the Survey was not anonymous it has been possible to review the makeup of respondents and it is clear from the cross-section of Members who have participated, that the results reflect a representative and balanced poll of our London Mark Brethren.

94% of respondents said that their expectations were met in relation to their enjoyment of membership of their Lodges across a number of contributory factors, including venue, dates of meetings, participation in ceremonies and their progression through the Offices.

Not surprisingly MMH was rated highly as a venue and although dining arrangements attracted good scores, quality and cost of dining scores were generally less favourable.

Also scoring lower than other areas in the Survey, were Members’ opinions on the profile of their Lodges. Many respondents said they would like to see a younger age profile and would also like to be members of a larger unit. There was an element of those who would like to see a more relaxed attitude to Ritual but a far greater number of you would welcome higher standards in this area!

The Survey gave respondents the opportunity to volunteer comments and suggestions. Some of these have provided a very candid and interesting insight on our London Mark Masonry and a brief selection is given now by way of illustration and to stimulate further debate and consideration for action, within individual Lodges:-

• Quiet room needed to relax in/study before a meeting

• Later start times (there were several comments in this vein)

• Opportunities for more Lodges of Instruction

• Dining has improved immeasurably this year

• Younger Members are our MMM future

• RAM Lodge needs to be consecrated

I am also delighted to report that there were several comments at various points in the Survey which indicated “complete satisfaction” with all aspects of Lodge and Provincial activities. In particular I would like to single out a statement which illustrates that bond of friendship which I’m sure we all consider to be an essential ingredient of our Freemasonry –

“My membership enjoyment comes from my fellow members and our interaction, which is great.”

The Executive believes that the Survey has been a most useful exercise and I would like to acknowledge the initiative and effort expended by my predecessor Bill Divall and his team of Phil Elder and Scott Cargill for designing and launching the Questionnaire and their valuable contribution regarding the technical reporting elements and construction of the data analysis tools, which have facilitated the writing of this Report.

The next step is for the Executive to work through an Action Plan to deliver the improvements identified as needed, within the Survey responses. The areas we will be examining include:-

• To ensure Members continued and increased enjoyment of their Mark Masonry, try to reduce age profiles by encouraging younger members as Joiners into Lodges where a fast track to the Master’s Chair is available to those who are capable of ritual and ceremony

• Again to enhance Members enjoyment through greater competence (and thereby confidence) in the Mark Degree, to promote attendance by all levels and ranks, at the Grand Master’s Lodge of Instruction

• Renewed promotion and marketing of the Stewards’ Lodge support for Lodges, to enhance a Candidate’s initial experience and impression of the Mark Degree or where the Meeting Agenda consists only of routine business, elections etc

A further update will be issued in due course and in the meantime please accept my thanks again for your participation in the Survey. Please keep offering your feedback to the Executive whenever you come across us on the London circuit.

Best wishes to you all.