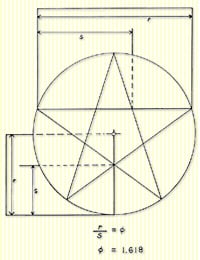 Brethren, a lot goes on during a period of 12 months in Freemasonry. Much of this all our members see in their lodges, as well at Metropolitan, Provincial and District Grand Lodges and Grand Lodge. However what is not seen is all the work that goes on behind the scenes to ensure that all runs smoothly and, even more importantly, that the Craft is fit for purpose for the future.

Over the last 40 odd years we have fought hard to ensure that our public image is continually improving. It would be ridiculous to claim that we have won all these battles or that we have convincingly won the war, but we have undoubtedly made significant progress in many areas. We will not be giving up on any of these battles, but in addition we are very much concentrating our efforts on making sure that we know as much as possible about our membership and what we can do to stabilise membership numbers and increasingly attract natural leaders and high quality members.

The Membership Focus Group under the chairmanship of the Deputy President of the Board of General Purposes, RW Bro Ray Reed, has made great strides in gathering essential information and assessing membership trends. We are presently considering governance, leadership, image and branding needs, as well as recruitment and retrieval, all vital to the success of any organisation. The MFG is keen to have the views of members on a number of subjects essential to the future of the Craft and is setting up a series of surveys to be conducted over the coming months which will allow all members to express their views. So far, I understand that over 5,500 members have signed up and I encourage more to do so.

Some ideas put forward may appear trivial, but it so often that which appears trivial that introduces a debate which widens and becomes, dare I say, a cornerstone. One such idea has been put to me by Bro Reed and came from a chance conversation that he had with a certain Deputy PGM, who shall remain nameless but his Province has a county town called Lincoln! Amongst several very useful points that he made was that the word “recruitment” has connotations of press ganging into the services and that, rather than talking about “recruiting” new members, why not think about “attracting” them. This may appear to be just semantics, but I believe it is rather more than that and could be very relevant.

The point I am making is that nobody should consider any idea too small to put forward. The worst that can happen is that it is not implemented – you won’t be demoted! A word of warning on this – I will be hugely unpopular with the Grand Secretary if his department is flooded out with emails so please express your ideas by using the free text boxes that will be incorporated into future surveys.

There have also been a number of changes within the secretariat and those working in this building. As most of you will have noticed by now, we are leading up to a very major event in 2017 and this is going to take a huge amount of organisation. For this reason it was decided to ask the Grand Secretary to concentrate his time and efforts on the purely masonic side of his current role and to separate away the operational side of the building, along with the finance and IT departments, which will be run by a Chief Operating Officer, Nicola Graham-Adriani who has been working for us here for over 13 years, latterly as Deputy Chief Executive.

Brethren, this meeting of Grand Lodge marks a watershed by having the Paper of Business circulated electronically. This was not as easy as it may sound, as, amongst other things, it required changes to the Book of Constitution. A team led by VW Bro James Long and including the current Grand Pursuivant have spent many hours ensuring that the circulation went smoothly and I congratulate all of them on doing so.

Another area where there has been much activity is the organisation of our four main Charities. In 2008 several PGMs made representations to the Rulers about how they would like to see the Charities modernised. A Grand Master’s Council Charity Committee was set up under the chairmanship of the Deputy Grand Master, which at that time was myself, but was soon to become RW Bro Jonathan Spence who has overseen the vast majority of the Committee’s work. The Charities themselves had already made an important start by agreeing to come together under one roof and they are, of course, now all in this building.

The Committee has been working extremely hard, together with the Charity Presidents and their Chief Executives, to come forward with a formula that will suit the Charities for many years to come.

I am pleased to announce that the MW The Grand Master has now received a comprehensive briefing on the review that has taken place, as have the Metropolitan, Provincial and District Grand Masters. This is the first major review to have taken place since the Bagnell Report of 41 years ago.

The Grand Master and all those who have been briefed have given their full support to the proposal to consolidate the four existing main Charities into a new overarching charity managed by a single board of Trustees under a single Chief Executive Officer with a single staff team.

Further details will be made available via the individual Charities, Provincial and District Grand Masters, and through future editions of Freemasonry Today.

At the Annual General Meeting of The Grand Charity, to be held in conjunction with the September 2015 Quarterly Communication of Grand Lodge, members, after a period of consultation, will be invited to endorse the proposals in respect of the changes required to the constitution of The Grand Charity. Similar activity will be required at appropriately convened members meetings for the Royal Masonic Trust for Girls and Boys, the Royal Masonic Benevolent Institution and the Masonic Samaritan Fund.

The review sets out to ensure that the provision of charitable support remains central to the future of Freemasonry, but is enhanced by moving to a demand-led, whole family, cradle-to-grave model, which will be far more appropriate for the 21st century. I congratulate all those involved in this review and commend their recommendations to you.

Brethren, I have spoken for rather longer than usual, but I trust that you will agree that some important issues have been covered and I believe that it is right for Grand Lodge to be kept up to date on such matters.

Last year I mentioned that I was expecting a tiring Christmas with my grandchildren. It wasn’t just them who were exhausting. My three sons, who are all in their thirties, passed my two grandsons on the stairs. One set were on their way to bed, the other on their way to open their stockings. I leave it to you, brethren, as to which lot was going in which direction!

Whoever you spend your holiday period with, may I wish you all a very happy and relaxing time.