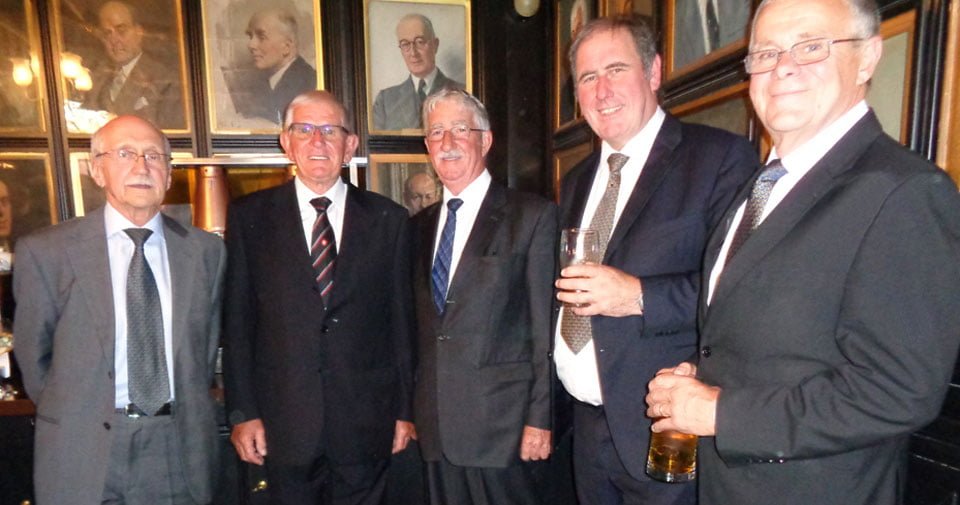 Due to an unexpected business commitment coinciding with the date of the 2015 installation meeting of Lodge of Perseverance No 155, Past Assistant Provincial Grand Master Philip Gardner had to take a rain check as the representative of the Provincial Grand Master. However, after being assigned the duty for 2016, Philip was delighted to represent on this very special occasion.

Pictured from left to right, are: Philip Gardner, Bryan Henshaw and John Moore.

Philip received a warm welcome to the meeting from the WM Mike Winterbottom who also offered him the gavel. Philip thanked Mike, passing on to him the greetings of the PrGM before handing back the gavel.

Bryan Henshaw, the master elect, was presented to the WM by John Moore, his proposer into Lodge of Perseverance in February 2010. Bryan had previously held the office of Chairman of Southport Group at the same time John was an Assistant Provincial Grand Master, responsible for the Southport Group.

Following a perfect ceremony and now back in the chair of King Solomon, Bryan closed down through the degrees.  It was the privilege of director of ceremonies David Anderton to present the working tools of all three degrees. Bryan then appointed his officers for the ensuing year. Michael Kinsella succeeded Raymond Baines as assistant director of ceremonies on Raymond’s retirement from office.

With the appointment of officers and addresses complete, Philip then rose to convey the congratulations of the Provincial Grand Master Tony Harrison. He also congratulated the immediate past and installing master, Mike Winterbottom. Once all communications had been dealt with, the lodge was closed in due form and perfect harmony.

39 attendees then left the Britannia Adelphi Hotel, the venue of the installation meeting, and made their way to The Artists Club in Eberle Street, Liverpool, to enjoy a fine meal. Thus ended a very memorable evening for Bryan, his personal guests and everyone else present.