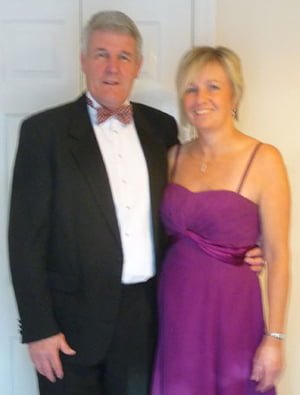 Following Peter Elmore’s retirement from his office as the Second Provincial Grand Principal, Paul Renton was invested at the meeting of Provincial Grand Chapter, by the Grand Superintendent.

Paul has served for three years as Assistant to the Provincial Grand Principals with responsibly for the Chorley and District, Leyland and District, Ormskirk and District and the Southport Groups.

Paul lives in Whittle with his wife Wendy and daughter Lauren. Their son Ben recently moved to his own home in Buckshaw Village. Paul enjoyed a successful career as a teacher, culminating as a Senior Education Adviser for the Wigan Local Education Authority. He then took up a post with the Rugby Football Union (RFU) as the Referee Development Manager for the North West of England. While working for the RFU he completed a research degree via Cardiff Metropolitan University investigating the coach-referee relationships that exists at the highest levels of the game.

Paul was born in London and was introduced into Radnor Lodge No 4451 in Wiltshire by his father-in-law. Shortly after his initiation he joined the Stonehenge Chapter No 6114. After moving with work he joined Commercial Travellers Lodge No 5089 in Darlington.

On moving to the North West, Paul’s Masonic career blossomed. He was promoted to PrGStwd in 2006, PPrGSuptWks in 2010 and then became the Provincial Senior Grand Warden in 2011. 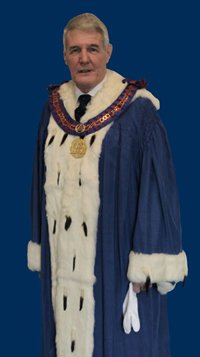 Extending his Masonic involvement further, Paul has been a member of a number of lodges in West Lancashire: Withy Lodge No 7733 of which he was WM in 2001 and again in 2009; Phoenix Lodge of Installed Masters No 9206 and Quingenti Lodge No 8516 both of which he joined in 2006. He joined  Longton Lodge No 6237 in January 2016.

Paul is also a member of four Royal Arch Chapters. He was a member of Winckley Chapter No 5468 and Withy Chapter No 7733 before being appointed in 2008 as a PrGStwd and subsequently joined Provincial Grand Stewards’ Chapter of West Lancashire No 8516. Withy Chapter amalgamated with Cuerden Chapter where he continues his membership, and he became a member of Silver Jubilee Chapter of Installed First Principals No 8818 in 2014.

Paul said of his appointment: “I am delighted to be honoured by a further senior appointment in the Provincial Grand Chapter of West Lancashire. However, I realise that my preferment has occurred due to Peter Elmore stepping down for ill health reasons. I’m sure I speak on everyone’s behalf when I say we hope Peter regains his full health and is able to be amongst us again.”