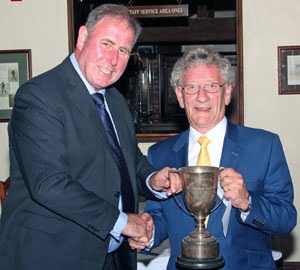 Under clear skies, warm sunshine and a demanding breeze the annual Ormskirk and District Group Golf Competition got under way at the well maintained Mossock Hall Golf Club in Bickerstaffe. On this occasion 26 contestants participated in what was a well organised competition. The event was in the capable hands of Gary Evans of Arthur Stanley Lodge No 3469.

Two individual competitions were run on the day, one for non-Masons and one for Masons, and very competitive they both were. Brian Davies, a non-Mason who had recently retired from his position as Chief Petty Officer in the Royal Navy having given 27 years’ service had the honour of teeing off.

During the afternoon the stiff breeze often presented a challenge to the competitors which added humour amongst the players with golf balls constantly spinning out of control. At the end of the competition the player’s ranks were swelled when the Ormskirk and Bootle Group Chairman Frank Umbers and others joined them for a well-earned drink at the 19th hole.

Later, after an excellent evening meal of mushroom soup, roast chicken, chips and vegetables, apple pie and custard followed by tea and coffee everyone participated in a game of ‘heads and tails’ to raise funds for the group charities.

Frank thanked everyone for taking part and supporting the group in this annual event; he said there were many familiar faces, but it was good to see many more new players taking part and commented that he was pleased to see that the numbers have risen every year. He also took the opportunity to thank Gary for organising the event, the staff at Mossock Hall for their hospitality on the day and the catering staff for the excellent food which was enjoyed by everyone.

Frank then had the pleasure of presenting the winners with their prizes: Nearest the pin combined Masons and non-Masons were first Dave Tomlinson, second Peter Tabern and third Graeme Kehoe. Frank then went on to present Danny Geraghty, a non-Mason, with the award for the longest drive.

The winner of the non-Masonic competition, which was very closely fought, was Paul Hindley. The winner of the Masonic competition, for the third year in a row, was Malcolm Sandywell of Stanley of Bickerstaffe Lodge No 3511 who defended his title with 41 points on a 19 handicap. In second place was Garry Norris of Rufford Lodge No 7217 on a score of 37.

Malcolm was delighted to finally get his hands on the trophy, for although having won it the previous two years the former winner Greg Pinnington had been reluctant to relinquish it from his grasp and like Aladdin’s lamp it will need some gentle rubbing to bring it back to its former glory.

This competition has grown over the years and it is hoped that next year it will be enhanced further with support from members of the newly amalgamated Ormskirk and Bootle Group of Lodges and Chapters. 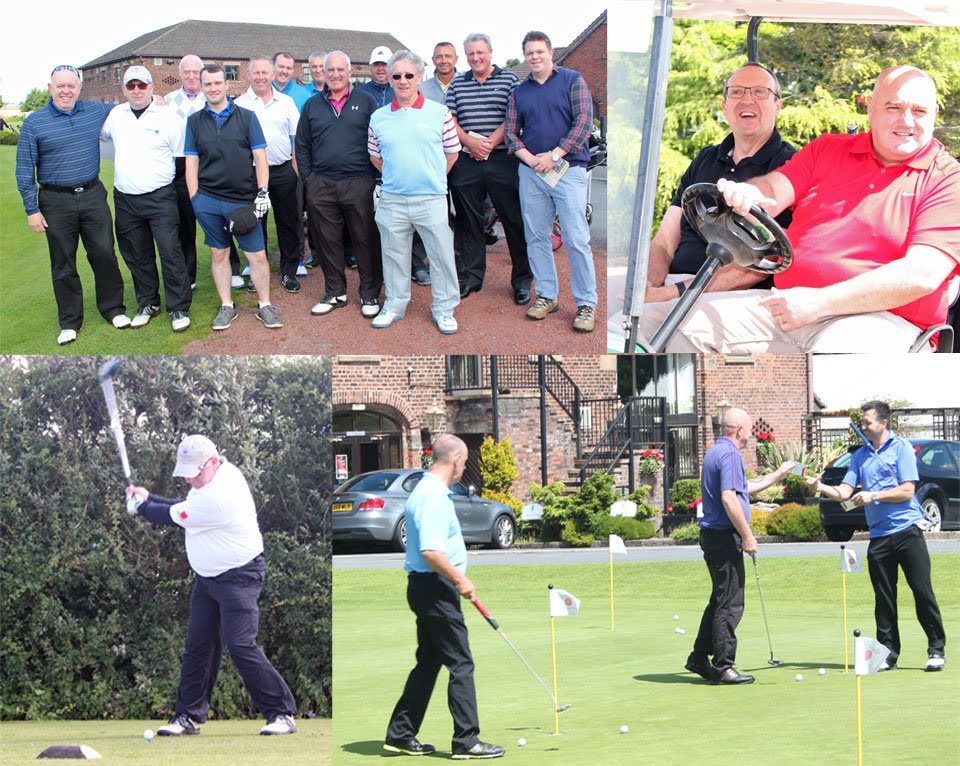