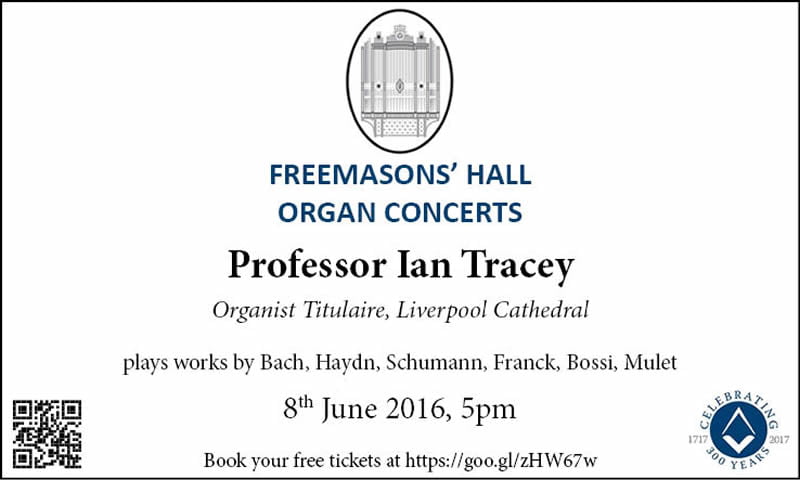 The next concert in the United Grand Lodge of England’s Tercentenary organ concert series is being given in the Grand Temple of Freemasons’ Hall in Great Queen Street, London, at 17:00 on June 8th 2016. The performer will be the distinguished international recitalist, Professor Ian Tracey, the organist titulaire of Liverpool Cathedral, which houses the largest pipe organ in the UK. We would be very pleased if you would kindly draw the attention of your members to the concert which will be free and open to all, including wives, partners and friends.