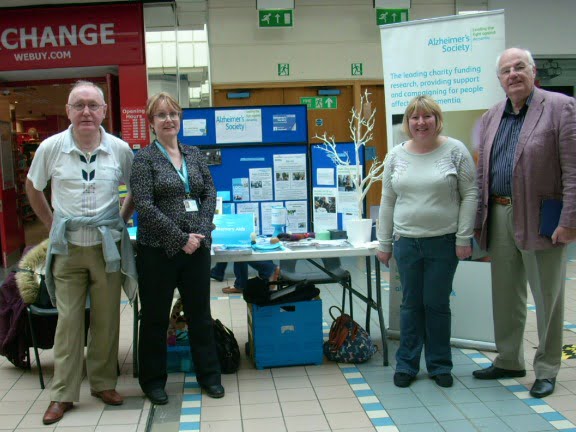 Following Alzheimer’s Society North East Lincolnshire receiving £500.00 from the New Provincial Benevolent Fund last year. W Bro Terry Clay and W Bro Alwyn Onley of the Lodge of Old Clee went to Grimsby’s Freshney Place to view the display boards and equipment that some of the money had gone towards. These are to bring to the attention of the public the work they do along with Dementia Friends to “Lead The Fight Against Dementia”.

Taken at Freshney Place, Grimsby on Saturday 21st May 2016.