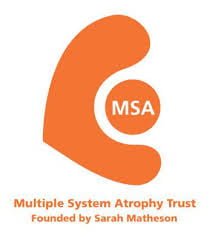 The Mark Freemasons of Northumberland (NMBF) charity raised a magnificent £1,250 for the Multiple System Atrophy Trust (MSA Trust) at its annual summer barbecue, held at the Blue Flames Club in Newcastle. NMBF holds around four fund-raising events every year, raising thousands of pounds for charities either based in or with a presence in Northumberland. Karen Walker, interim chief executive was present at the event, as well as someone living with the rare neurological disease, multiple system atrophy (MSA). MSA is a neurodegenerative disease leading to premature death. It causes brain cells to shrink resulting in problems with balance, movement and functions like blood pressure control, swallowing and speech. Some people with MSA say it feels like the disease traps them in their own bodies. There is no known cause or cure for MSA, which strikes at random, usually when people are in their late 50s. The later stages of MSA can be extremely challenging and people often need round-the-