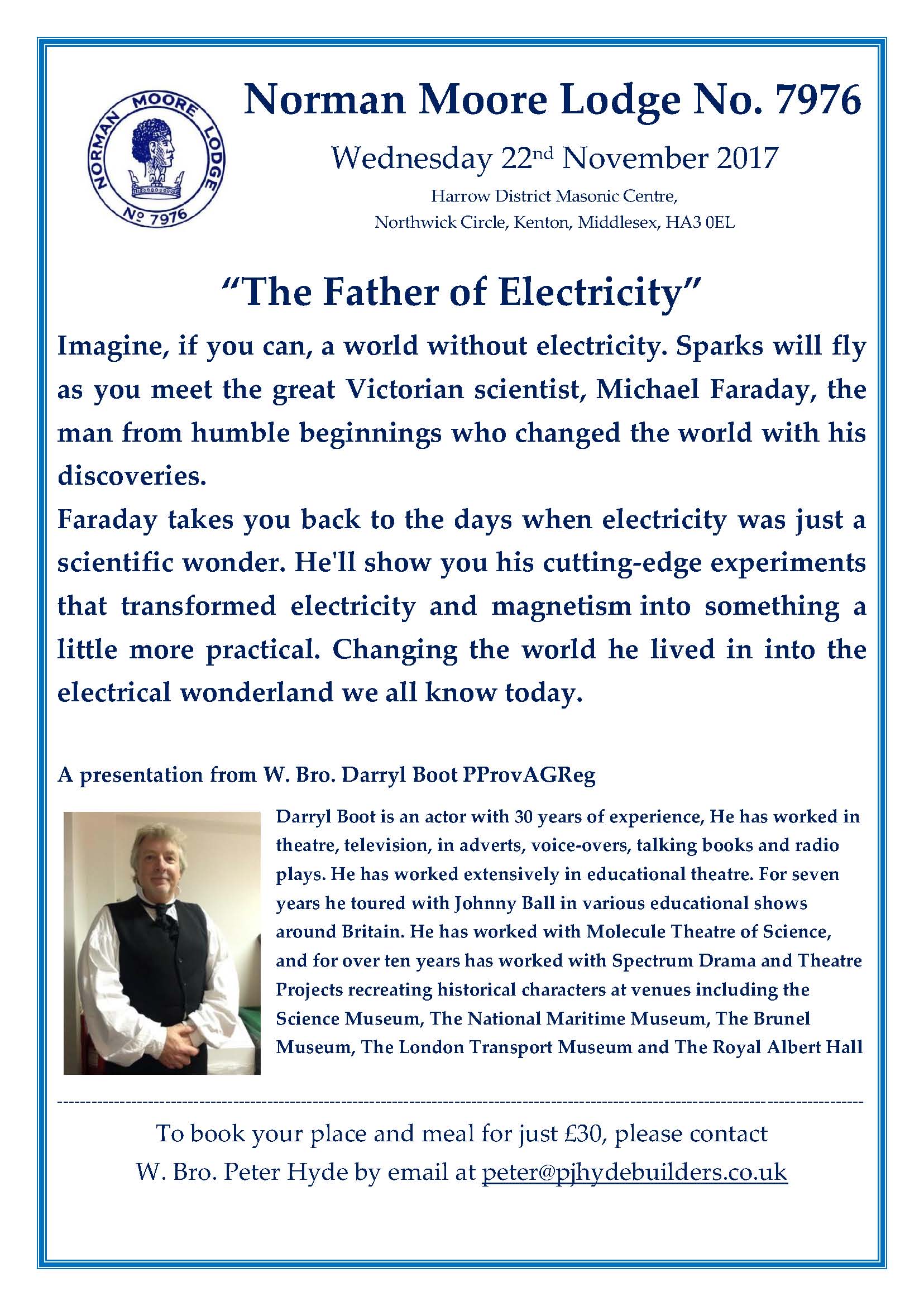 Norman Moore Lodge, No. 7976 are delighted to present:-

“The Father of Electricity”

Imagine, if you can, a world without electricity.

Sparks will fly as you meet the great Victorian scientist, Michael Faraday, the man from humble beginnings who changed the world with his discoveries.

Faraday takes you back to the days when electricity was just a scientific wonder.

He’ll show you his cutting-edge experiments that transformed electricity and magnetism into something a little more practical. Changing the world he lived in into the electrical wonderland we all know today. 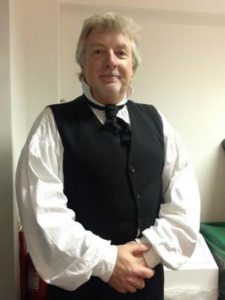 Darryl Boot is an actor with 30 years of experience,

He has worked in theatre, television, in adverts, voice-overs, talking books and radio plays.

He has worked extensively in educational theatre.

For seven years he toured with Johnny Ball in various educational shows around Britain.

This will prove to be a very popular meeting and early booking is strongly recommended.

All applications to:
Peter Hyde
Email:peter@pjhydebuilders.co.uk

The post Norman Moore Lodge, No. 7976 – Talk – “The Father of Electricity” appeared first on Provincial Grand Lodge of Middlesex.