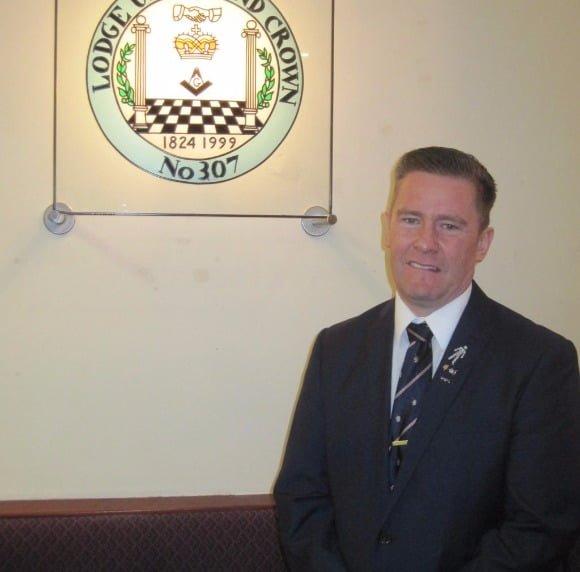 The Province’s annual New Members Seminar was held on Saturday, 21st May in the premises of Lodge Union & Crown No.307 in Barrhead.

The event – designed to give new members further insight into the Craft and allow them to ask questions – was attended by new Brethren from within and outwith the Province many of them accompanied by their poposers and seconders.

Also present at the event as observers were the RWPGMs of Stirlingshire, Bro. Alistair T. Marshal and Dunbartonshire, Bro. John R. McCormack.

He outlined some of the innovations the Province had put in place to educate and retain the interest of new members including the Intender scheme, introductory and enlightenment booklets and the new “walk through” Degrees designed to help understanding of new Brethren.

SPGM, Bro. Dr. Iain McPhee then gave a talk on the structure of Scottish Freemasonry and outlined the sporting and charitable activities undertaken in this Province

He also spoke of the information available to Brethren through publications and websites, the library facilities that can be accessed on-line, the dramatised degrees that regularly take place and again stressed the on-going Intender training programme.

During the seminar separate “break-out” sessions were held where new members were invited to discuss with more experienced members their thoughts on Freemasonry and how their experience could be improved.

Later, one of the new members, Bro. Martin Cassidy a MM of Lodge Craigends No.1042, spoke of his first impressions of Freemasonry and how he had been welcomed into the Craft.

The RWPGM of Dunbartonshire, Bro. John R. McCormack, told the seminar of the benefits Freemasonry had given him and prised the “well thought-out” programme of education developed by the Province of Renfrewshire East.

Summing up, PGM Bro. John S. Miller thanked everyone that had helped the organise the seminar and Lodge Union & Crown for hosting the event which had again helped to focus on how improvements can be made to welcome and encourage new members.