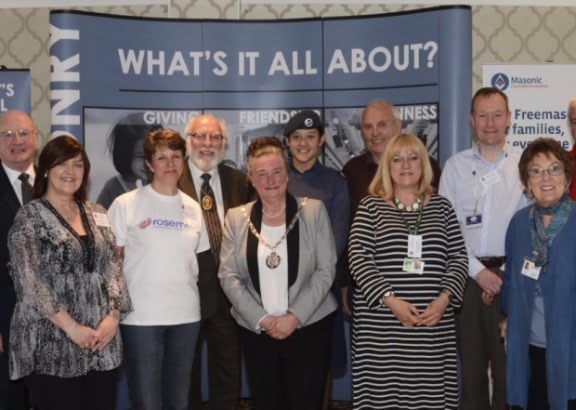 County Councillor Margaret Brindle (centre) with some of the charity and Masonic representatives.

A ‘special and uplifting’ occasion was how one guest described a charity showcase hosted by Lancaster and District Freemasons.

Held at the Lothersdale Hotel, in Morecambe, the event brought together 20 local and national charities which have benefitted from donations made by the Masonic lodges of the group over the year.

Each of the charities explained the work they do in the community and the importance of donations to their ongoing success.

Helen Soutar, of Lancaster St John’s Hospice, said: “The event was simply inspirational. It was so enlightening to hear from all the other local charities who all do such great work and all deserve your support so much.”