On this Memorial Day, take a moment and watch the story of my Masonic Brother, Illus. Sammy Davis 33° and the events that led to his being awarded the Medal of Honor.

Undobtedly, what little is left of the local newspaper in your town today has a story of one or two area service members who survived a war, or didn’t. They do it every year. And if you look a little deeper, you will find comments posted from family members who just want more than anything else for their loved one to simply be remembered, if only for one day of the year.

Please remember all of those thousands upon thousands of men and women whose names never got in the paper, except perhaps for a brief obituary, who have given so much for all of us.

Citation: For conspicuous gallantry and intrepidity in action at the risk of his life and beyond the call of duty. Sgt. Davis (then PFc.) distinguished himself during the early morning hours while serving as a cannoneer with Battery C, at a remote fire support base. At approximately 0200 hours, the fire support base was under heavy enemy mortar attack. Simultaneously, an estimated reinforced Viet Cong battalion launched a fierce ground assault upon the fire support base. The attacking enemy drove to within 25 meters of the friendly positions. Only a river separated the Viet Cong from the fire support base. Detecting a nearby enemy position, Sgt. Davis seized a machinegun and provided covering fire for his guncrew, as they attempted to bring direct artillery fire on the enemy. Despite his efforts, an enemy recoilless rifle round scored a direct hit upon the artillery piece. The resultant blast hurled the guncrew from their weapon and blew Sgt. Davis into a foxhole. He struggled to his feet and returned to the howitzer, which was burning furiously. Ignoring repeated warning to seek cover, Sgt. Davis rammed a shell into the gun. Disregarding a withering hail of enemy fire directed against his position, he aimed and fired the howitzer which rolled backward, knocking Sgt. Davis violently to the ground. Undaunted, he returned to the weapon to fire again when an enemy mortar round exploded within 20 meters of his position, injured him painfully. Nevertheless, Sgt. Davis loaded the artillery piece, aimed and fired. Again he was knocked down by the recoil. In complete disregard for his safety, Sgt. Davis loaded and fired 3 more shells into the enemy.

Disregarding his extensive injuries and his inability to swim, Sgt. Davis picked up an air mattress and struck out across the deep river to rescue 3 wounded comrades on the far side. Upon reaching the 3 wounded men, he stood upright and fired into the dense vegetation to prevent the Viet Cong from advancing. While the most seriously wounded soldier was helped across the river, Sgt. Davis protected the 2 remaining casualties until he could pull them across the river to the fire support base.

Though suffering from painful wounds, he refused medical attention, joining another howitzer crew which fired at the large Viet Cong force until it broke contact and fled. Sgt. Davis’ extraordinary heroism, at the risk of his life, are in keeping with the highest traditions of the military service and reflect great credit upon himself and the U.S. Army.

It bears noting that Sammy was just 21 years old. Sammy says, “I didn’t do anything heroric. I just did my job.” 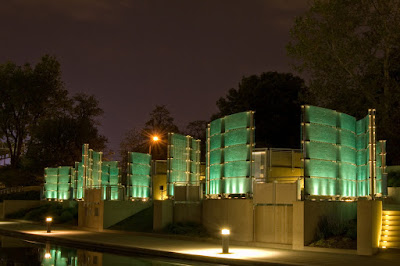 If by chance you ever come to Indianapolis, give yourself an hour or so to visit the Medal of Honor Memorial along the banks of the canal downtown. Sammy’s story is there, along with all of the names and stories of all 3,514 of his fellow recipients since the Medal’s creation in 1861.

Don’t forget why you have Monday off today.