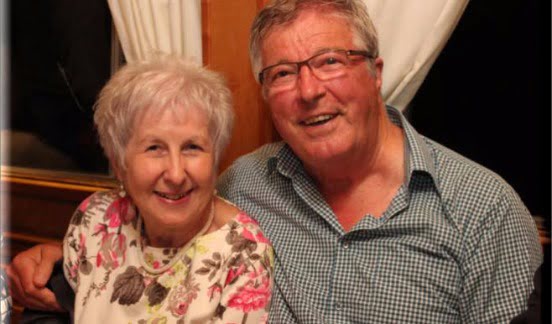 For outstanding service in the community, Adrian Davies has been awarded an MBE in the Queen’s Birthday Honours List.

As the Provincial Grand Master of Gloucestershire from 2007 to 2014, Adrian implemented a number of progressive measures during his tenure; being instrumental in ensuring Freemasonry became more open and relevant to the community at large.

Revealed at precisely 10.30 pm by his successor, Tim Henderson-Ross, just as an embargo on the news was lifted, Adrian and his wife Angela (photo) were concluding an evening River Severn cruise with scores of other masons and their families.

The response to the announcement was both rapturous and instant!