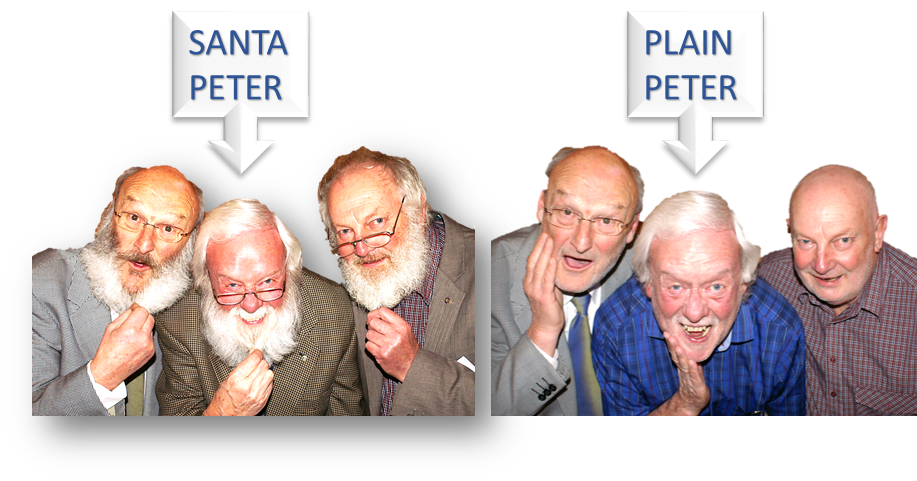 Master Mason Peter Love (centre) together with two other friends had their ‘Santa beards’ shaved off for the Lingen Davies Cancer Fund, at the RSH.

Between them, they have so far raised a sum approaching £800.

The trio, who are all Rotarians, took part in the Shawbury and Mid Shropshire Rotary programme of sleigh tours to villages, suburbs of Shrewsbury and supermarkets in the run-up to Christmas.

This is the fifth successive year that Peter, a member of the Salopian Lodge of Charity No 117, has had his beard shaved for charity.

He intends to do so again, after he has grown it for his 2016 Santa duties!