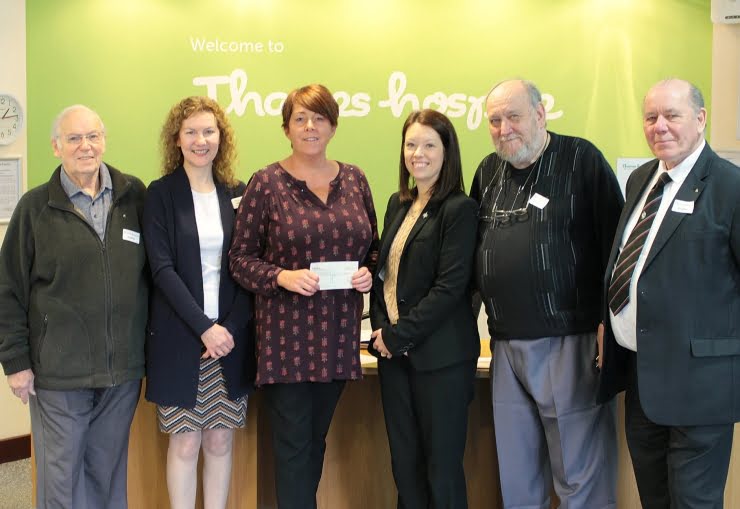 After Freemason Keith McBride died in 2016, solicitors dealing with his residual estate found that there was a sum of £66,200 which had been bequeathed to the ‘Royal Union Charity Association’ – but the difficulty was that there did not appear to be an entity with such a title

They desperately tried to make the connection and after some time, it appeared that the name of Royal Union had a masonic connection in the Province of Middlesex.

Royal Union Chapter No. 382 was approached, but records did not show a Companion Keith McBride. The Royal Union Lodge No. 382 was then contacted and the link made. Both the lodge and chapter worked together to organise the distribution of the legacy and to make sure that the charities receiving the donation were worthy of such a bequest.

It had been decided that each charity should receive a minimum of £3,000 and that cheques should be presented personally by lodge and chapter members. The charities receiving the bequest were particularly involved with the care and welfare of disadvantaged youngsters, those in hospice care and also other groups of vulnerable people.

Donations were made to the following charities:

1.   Help for Heroes
2.   The National Autistic Society
3.   Alzheimer’s Society
4.   Harlington Hospice
5.   Michael Sobell Hospice
6.   The Hay Centre in Middlesex, which particularly seeks to improve the education, development, and aspirations of disadvantaged and young children
7.   Thames Hospice – who received an enhanced gift of £12,000 to support not only those in care but those members of the family who need emotional and moral support under the difficult circumstances of the end of life care.

Even after death, the kind and generous wishes of a departed Freemason are able to transform lives and bring happiness to people. There is still a residue of the bequest available and in due course, subsequent charitable donations will be made by the members of Royal Union Lodge and Chapter.