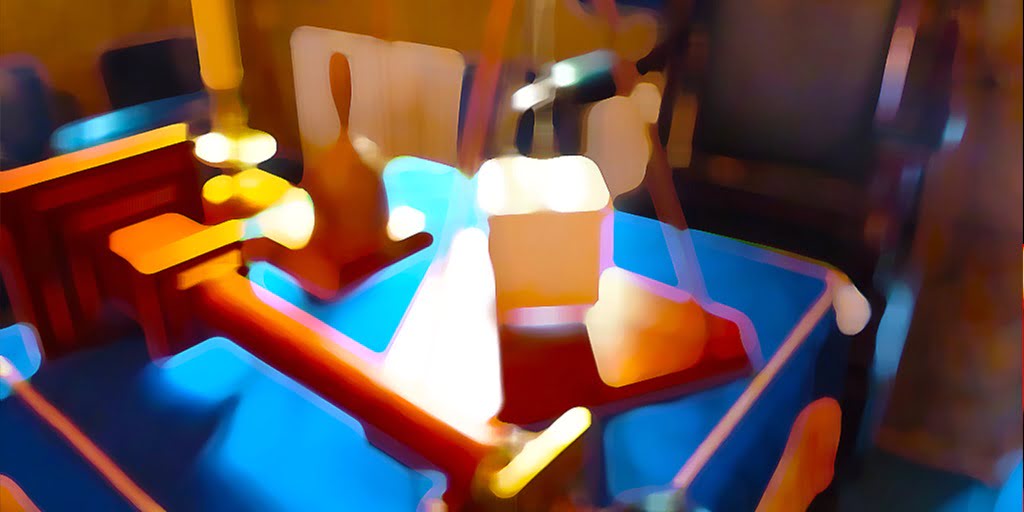 The event was organised by Fred Lomax who welcomed all present saying that the evening was to be a relaxed social occasion to celebrate and thank Mark for his publicity work on his retirement from that office.

All present enjoyed the meal of sausage, bacon and black pudding, topped with Irish cheddar. Followed by roast beef with potatoes and fresh vegetables and finished off with apple pie with cream. During the meal, stories were exchanged and a wonderful fraternal atmosphere ensued.

The first address to Mark was given by Derek Hunt who recalled the time when he was the Provincial Publicity Officer when he created a monster to which Mark inherited and continued to progress with much hard work and dedicated long hours. Derek referred to Mark as his son as Mark had in effect taken over the role of PrPO a year before being formally appointed into the role as he had recognised Derek’s health was failing and had stepped in to help Derek.

Derek said Mark has spent over the last few years many hours a week working late into the night as he had received many emails from him sent at one and two o’clock in the morning. He congratulated Mark on his achievements since he handed over the reins and said that Mark had significantly improved publicity in the Province during his term of office.

Mark responded by thanking everyone in the team for their support and the work that all of the publicity team had put in over their time in the team. Mark also thanked Derek for attending and for being his dad. Mark went on to thank Fred Lomax and Frank Parle for organising the evening which had been made even more special by the attendance of the Provincial Grand Master Tony Harrison and the Assistant Provincial Grand Master Kevin Peter Poynton to which he felt honoured by their presence.

Frank Parle presented Mark with a wonderful engraved crystal decanter set encased in a wooden casket and a bottle of special malt whisky on behalf of the publicity team. Mark rose again to thank everyone for the wonderful gift.

Tony Harrison rose to pay tribute to Mark for his services to publicity in the Province and thanked him for the support and advice he had given to him personally. He said that Mark will be sadly missed in that role but was confident that his successors George Fox and Stephen Lyon would continue with the good work.

Continuing, Tony stated that although Mark is retiring from that office, he will not be going anywhere as there is work for him to do as the Communications Officer for the Tercentenary and the Masonic Charitable Foundation 2021 Festival which starts in the Province in May 2017 and ends in 2021.

Mark’s Masonic career began when he was initiated into The Lodge of Chivalry No 3974 in February 1997 becoming WM in October 2005 and appointed director of ceremonies in 2011. He received the Provincial grand rank of Provincial Grand Steward in 2009 and joined Quingenti Lodge No 8516. Mark was promoted to Past Provincial Junior Grand Warden in 2013. He is also a member of Westhoughton Lodge No 4215 and Latham Lodge No 2229.

Mark also served as Vice Chairman of the Ormskirk Masonic Hall Association and was the Ormskirk Group Publicity Officer from 2007 to 2010.

Kevin Poynton brought to a close the celebrations thanking everyone for their support and wishing Mark well in his new role.

The publicity team and distinguished guests.