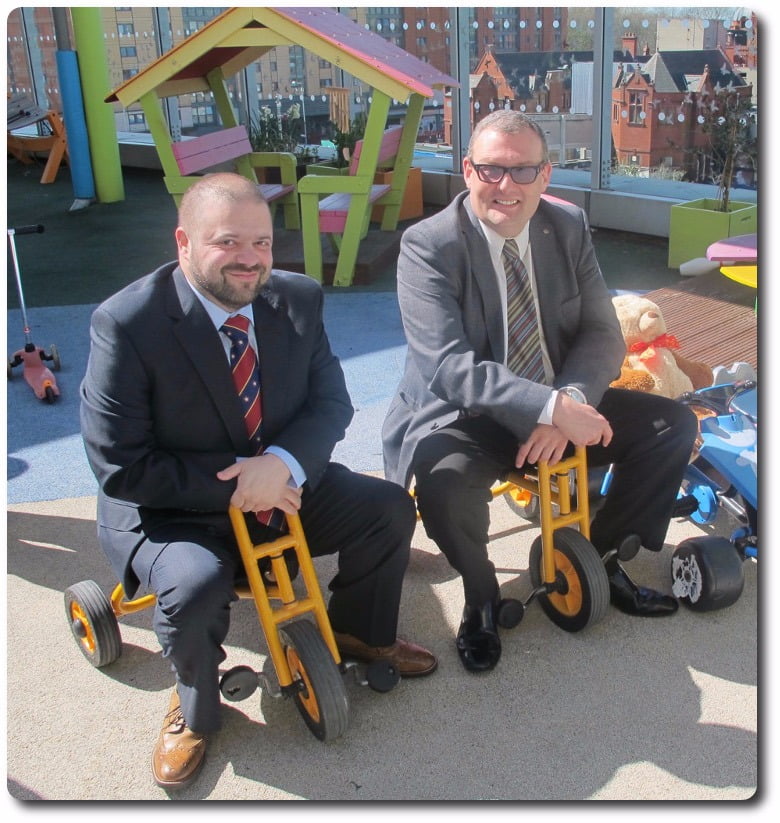 On 19th April, a plethora of Manchester Masons visited the Royal Manchester Children’s Hospital. The team was led by WBro Gordon Desser, the TLC officer for Manchester and included the Chairmen for both Sykes and Derby Districts, WBro Chris Prax and WBro David Hudson, the City Sykes Charity Steward WBro Steve Thomson and the Assistant Communications Officer for the Manchester Area, Bro Matthew Phillips. 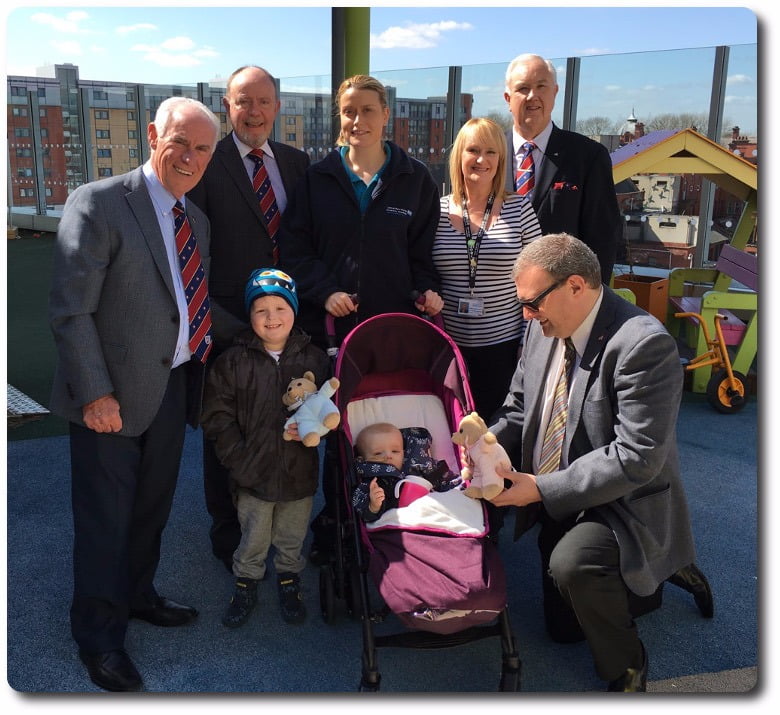 Gordon Desser & the team giving teddies to Kieran and Lyla

The team were taken around the therapy wards and the children’s A&E department by Susan Fairclough who is the Therapeutic and Specialised Play Service Manager at the Royal Manchester Children’s Hospital. Her responsibilities are looking after a group of dedicated staff which provide activities such as arts, crafts, recreation and also distraction and participation therapies for treatments and surgeries. 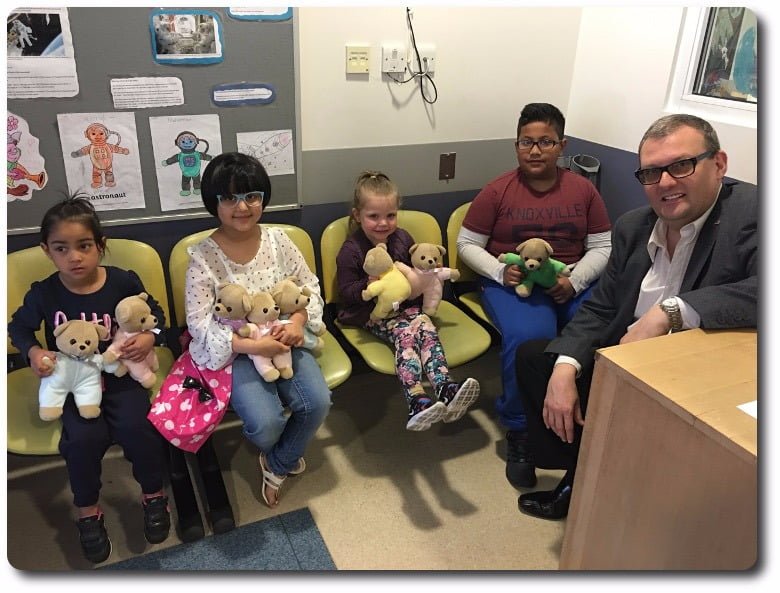 The TLC teddies that the Manchester Masons purchase are given to the hospital and they probably receive over 1000 of the small teddies. The effect that these teddies bring to the children that are in hospital is massive. Each one means such a lot to them.

The money used to purchase these small teddies came partly from a donation from an ELMC Community Grant and the remainder was raised by Gordon Desser selling the larger TLC teddies. What this means is that when you see Gordon hovering around at your Lodge Meetings with a bulging holdall, please ensure that he leaves with it empty!!