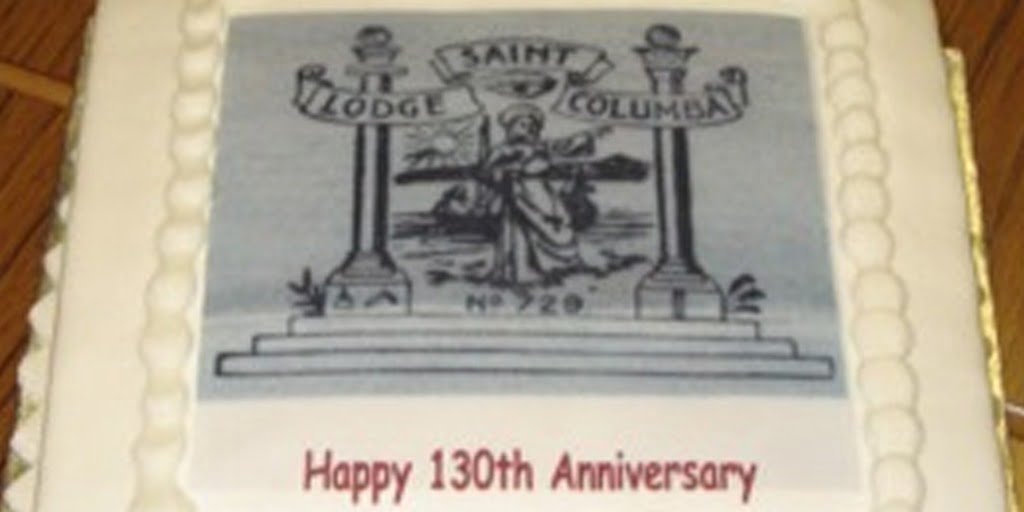 The Brethren of St Columba, Govan No 729 met on Tuesday 10th May 2016 and celebrated 130 years to the day since our Charter was granted from the Grand lodge of Scotland.

We were treated to an excellent Exemplification of the Master Mason Degree by The Edinburgh Defensive Band Lodge No 151. A large and distinguished deputation was received from our very good friends in the East led by their RWM Bro. Douglas ( Dougie ) Sneddon who was resplendent in the Uniform and Musket of the period when the lodge was founded.

The Degree was very different from that carried out by ourselves and was very well received by our members and visitors, some of whom took a small part.

The American visitor was given explanation of the Defensive Bands involvement in the American War of Independence (1755 – 1783) by RWM Dougie Sneddon  on how the lodge was formed in 1782 to defend Edinburgh against marauding pirates, acting for the American Navy, many of whom were held prisoner in the Castle.

Bro. Persinger certainly looks at home holding the Muscat in the photograph with RWM Dougie. It was extremely warm in the Temple and Bro Sneddon “soldiered on” despite the fact he must have been melting in his tunic.

Thanks must go to RWM Bro. Dougie Sneddon and his members, stand in Candidate, Bro Graham Lawrie, Chaplin 729, RWPGM Bro James Campbell Peddie and his deputation, the visiting RWM’s and Brethren, and lastly but not least, our Stewards  and Office Bearers for a great evening helping us celebrate our 130th Anniversary.

Around 70 Brethren stayed for the Harmony and entertainment was also provided by Bro Graham Lawrie on Accordion. 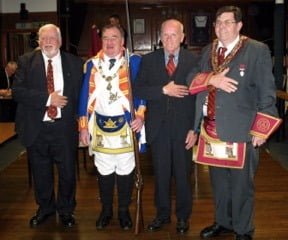 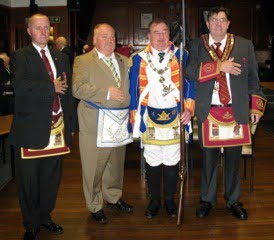 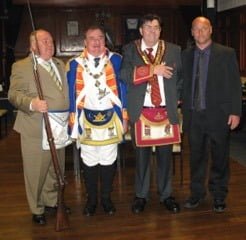 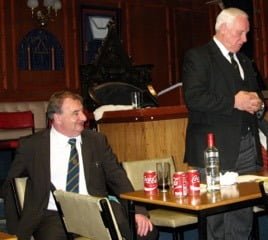 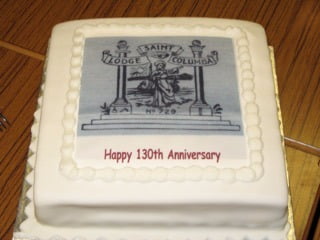 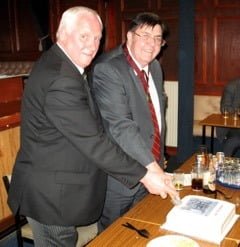