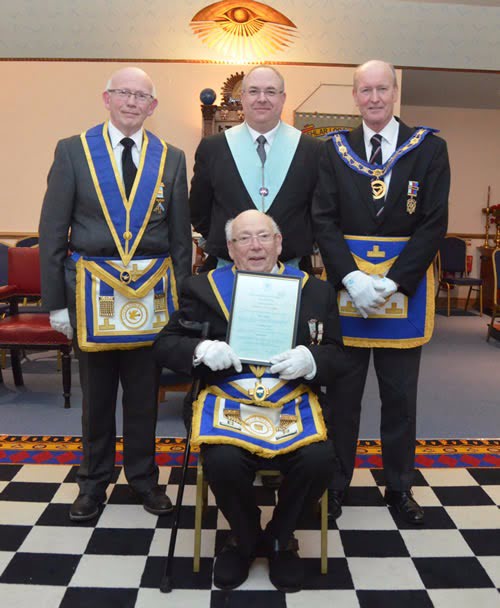 W. Bro Judge was Initiated in the Lodge on 26th January 1956 and served as Master in 1994 and 2004. His Initiation took place at the old Masonic Rooms in Mint Street, Lincoln and at that time they carried meals across the road for the Festive Board from a nearby Restaurant. During his 60 years in Masonry he has seen many changes at Lincoln, the move to new Masonic premises at  the County Assembly Rooms and the move to the current Masonic Rooms at The Nightingale, Nettleham Road. Tony’s son Simon was Initiated into the Lodge in 1985, and as his Father was also a Freemason the family has had a constant presence in Freemasonry over a period of 80 years. 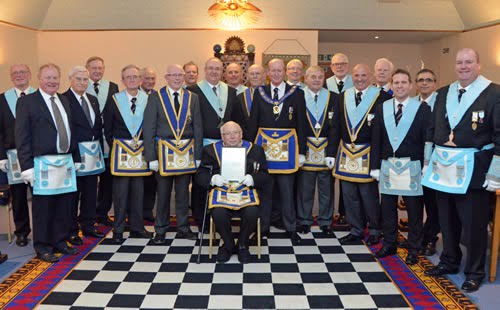 Tony surrounded by Officers and members of the Lodge.