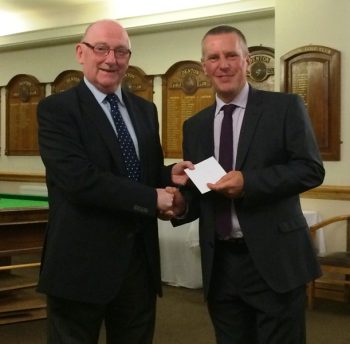 The annual East Lancashire Mark Master Masons golf day took place at Denton Golf Club on Thursday 15th September and despite the best efforts of the local storms earlier in the week the competitors enjoyed excellent weather with a determination to prevent Steven White winning the Leslie F Hiles Trophy for the third year in succession.

As a result of the storms the course was made more difficult and certainly played to its full length, nevertheless the afternoon was one of true Mark Masonic Fellowship which continued into the evening in the company of a number of additional guests including the RW Provincial Grand Master Alexander Sillars McLaren. 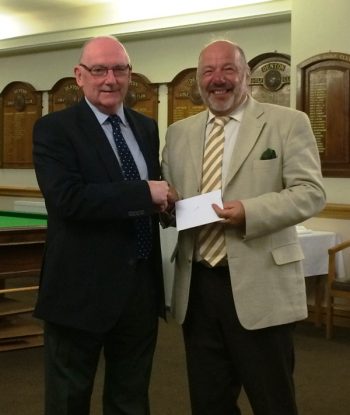 The Provincial Grand Master presented the Leslie F Hiles Trophy to the winner on the day WBro Mark Davis from Manchester Keystone Lodge No.745 who returned to the winners podium after an absence of 4 years, 2nd place was awarded to another previous winner WBro Melvyn Tindall and in 3rd place to the winner for the previous two years WBro Steven White, who also won the nearest the pin prize. 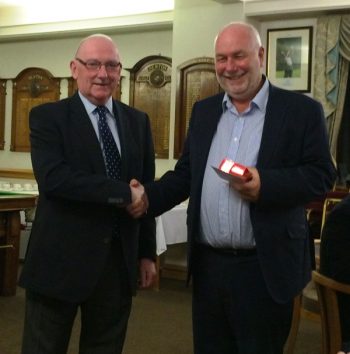 The added bonus from an excellent day was the £350 raised from the proceedings for which the Provincial Grand Master has nominated the 2021 Festival as the recipient. This will be presented along with the Trophy at the next Provincial meeting.