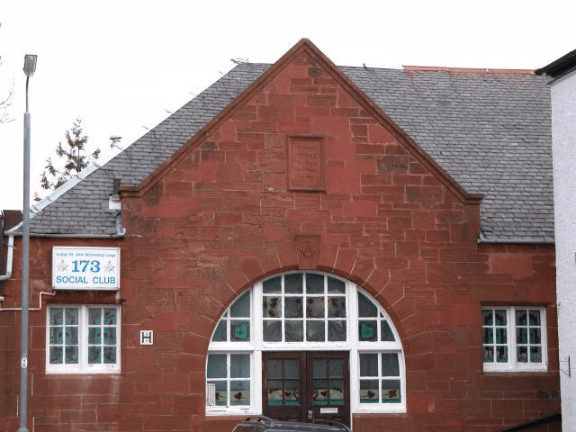 The Largs Masonic Lodge is celebrating its 250th anniversary with a series of special events on Saturday August 5. It is perhaps one of the oldest running institutions in Largs running back to 1767, and to commemorate the special event, there will be a parade through Largs town centre starting at the lodge in Frazer Street at 10.30am, followed by a church service at St John’s.

The parade will start at the top end of Frazer Street led by Largs BB, and the Grand Lodge of Scotland, accompanied by a police escort, and the Freemasons will be wearing their full regalia.
A church service will then take place at St John’s Church from 11-11.30, before returning to the lodge at 12 noon. A grand lodge re-dedication ceremony will then take place at the masonic lodge in the early afternoon, and that will be followed by a celebration dinner at the Willowbank Hotel in Largs for around 150 people.
The top table will be the Grand Lodge of Scotland and Largs office bearers, and the day of celebration comes to a finish with a cabaret night at the masonic lodge back in Frazer Street.