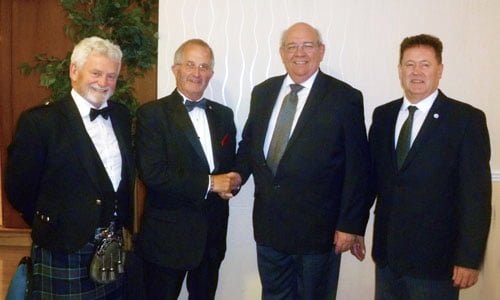 Given that Drew is a proud Scot, as was exemplified by his wearing of the kilt, it was somewhat appropriate that he not only installed a new master to rule over the lodge but also a laird; Dennis Laird in fact, who was installed as master for the second time, having previously held the office in 2006. Drew performed his duties with great feeling and in his own individual style. One proud onlooker was Neil Clarkson who had seconded Dennis when he was first admitted into Masonry.

Drew had originally been initiated into a lodge under the Scottish Constitution. As he had approached nearer to the office of master in his mother lodge, work commitments had taken him to Saudi Arabia for several years and he regretted that this had prevented his progress in the craft. A move to Barrow-in-Furness and his acceptance by Piel Castle Lodge however meant that he had been able to complete his Masonic journey into the chair. His membership of the lodge had been proposed by Dennis. 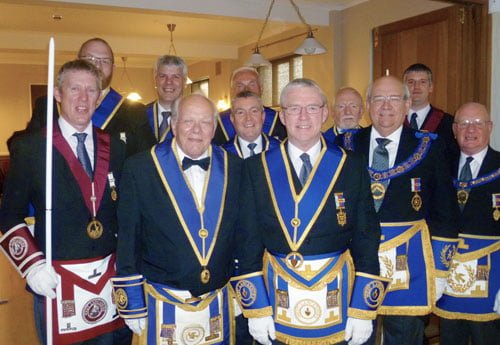 During the ceremony the working tools of the three degrees were delivered and explained by Bill Joughin, Bob Heron and Lee Storey with Ian Cottam presenting those of an installed master.

To mark the occasion Philip was presented with donations of £500 to the West Lancashire Freemasons’ Charity, £300 for the upcoming festival and £303 to Age UK. Philip gave grateful thanks on behalf of the recipients.

It is now general practice for the minutes of the previous regular meeting to have been circulated to save reading them out at the current meeting but Piel Castle Lodge has not adopted this habit. In fact it is one of the highlights of a visit to the lodge to listen to the secretary Peter Storey read out the minutes in his own inimitable and entertaining style, with the odd aside thrown in for good measure. It culminates with what could be considered his catch-phrase “The temperature of the lodge at its zenith was…” with the value always being expressed in Fahrenheit not this new-fangled centigrade!

Following the ceremonial side of the evening 110 brethren enjoyed a superb meal in the Fairfield Suite in the Masonic hall.

The buzz and chatter throughout the meal led to a very happy ambiance and meant that the feel good factor was almost tangible. As Phil pointed out: “You must not lose this important part of Masonry, enjoying the occasion and each other’s company is something you do so well in this part of the Province.”

Dennis, who is the hard working hall secretary, was pleased to see a raffle and sale of the table flowers generate over £500 for the hall building fund. 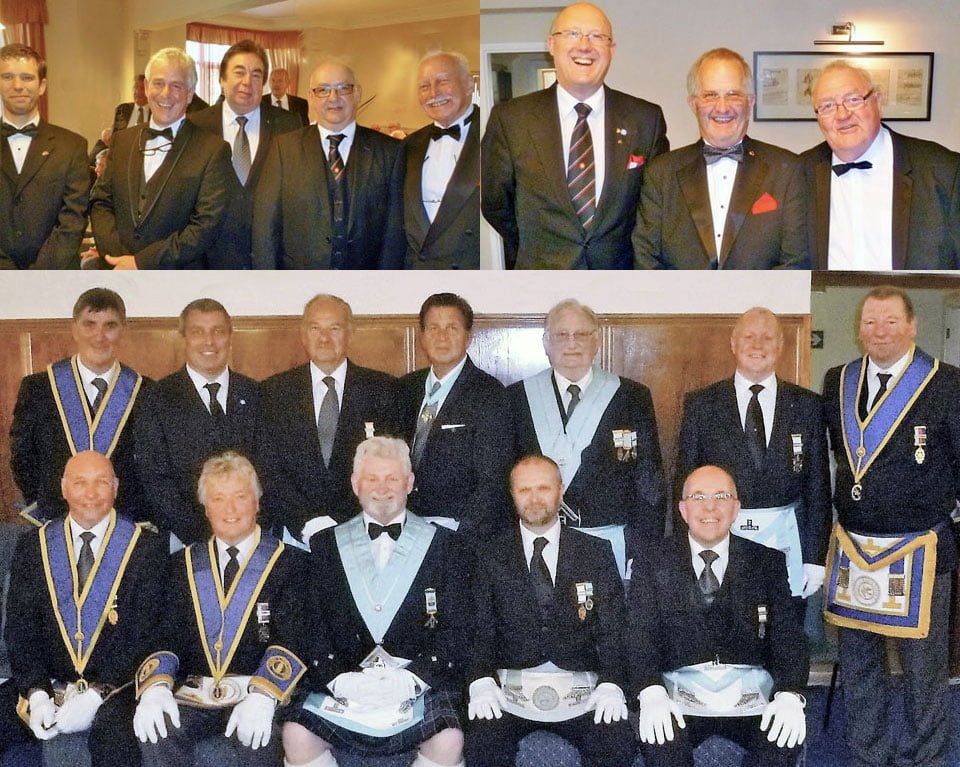