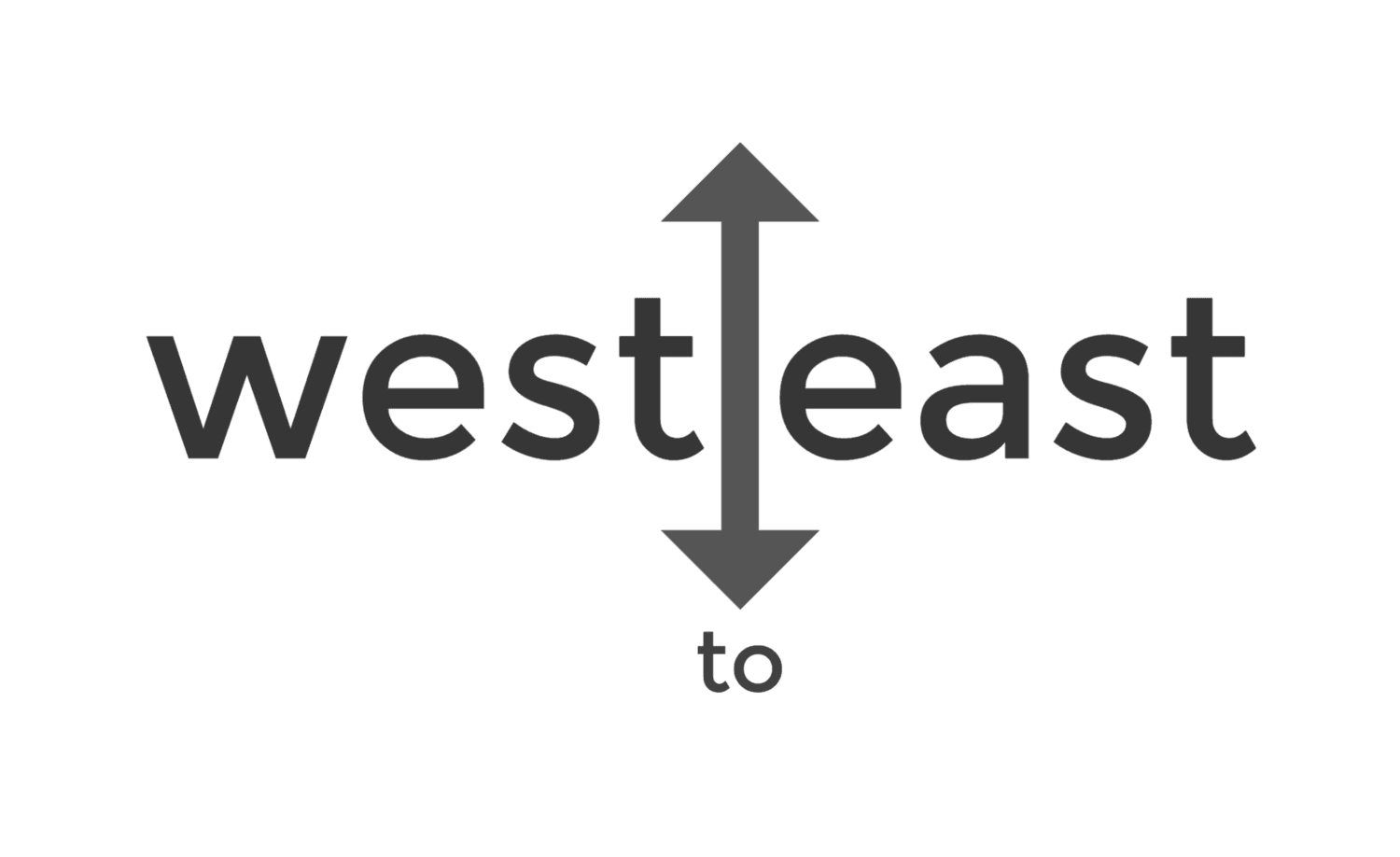 Our Ancient Brethren were Pilgrims as well as Builders; and so are we. The idea of life as a journey runs all through the symbolism of Freemasonry, and to forget that truth is to lose half its beauty. Initiation itself is a journey from the west to the east in quest of that which was lost. The reason why a man becomes a Master Mason is that he may travel in foreign countries, work and receive the wages of a Master.

What is symbolism with us was the actual life of Masons in days of old. An Apprentice presented his Masterpiece, and if it was approved, he was made a Master and Fellow. He could then take his kit of tools and journey wherever his work called him, a Freemason – free, that is, as distinguished from a Guild Mason, who was not allowed to work beyond the limits of his city. Thus he journeyed from Lodge to Lodge, from Land to Land, alone, or in company with his fellows, stopping at Inns betimes to rest and refresh himself. Sometimes, a Hope describes in his Essay On Architecture, a whole Lodge traveled together, a band of Pilgrim Builders.

Like our Brethren in the olden times, we too are pilgrims – life a journey, man a traveler – and each of the Seven Ages is neighbors to the rest; and so the poets of all peoples have read the meaning of life, as far back as we can go. It is a long road we journey together, but there are inns along the way, kept by Father Time, in which we may take lodging for the night to rest and reflect – like the Inn of Years End, at which we arrive this month, in which there is goodly company, and much talk of the meaning of the journey, and the incidents of the road.

Yes, the winding road is a symbol of the life of man true to fact. Once we are aware of ourselves as pilgrims on a journey, then the people and the scenes about us reveal their meaning and charm. If we forget that life is a Pilgrims Progress, we have no clue at all to an understanding of it. Strangely enough, when we settle down to be citizens of this world, the world itself become a riddle and a puzzle. By the same token, the greatest leaders of the race are the men in whom the sense of being pilgrims and sojourners on the earth is the most vivid. It is the strangers in the world, the manifest travelers to a Better Country, who get the most out of life, because they do not try to build houses of granite when they only have time to pitch a tent, or turn in at an inn. In the friendly air if the Inn of the Years End, where we make merry for tonight, there is much congratulation upon so much of the journey safely done, and much well-wishing for the that way lies ahead. Also, there is no end of complaint at the aches and ills, the upsets and downfalls, of the road. All kinds of faiths and philosophies mingle, and there is no agreement as to the meaning or goal of the journey. Some think life is a great adventure, others hold it to be a nuisance. Many agree with the epitaph of the poet Gay in Westminster Abbey:

Life is a jest, and all things show it; I thought so once, and now I know it.

But a Mason, if he has learned the secret of his Craft, knows that life is not a jest, but a great gift, a little holding lent to do a mighty labor. He agrees with a greater and braver poet, who said:

Away with funeral music – set The pipe to powerful lips – The cup of lifes for him that drinks, And not for him that sips.

At the end of an old year and the beginning of a new, we can see that it simplifies life to know that we are pilgrims in a pilgrim world. When a man starts on a journey he does not take everything with him, but only such things as he really needs. It is largely a matter of discrimination and transportation. To know what to take and what to leave is one of the finest of arts. It asks for insight, judgment, and a sense of values. One reason why the race moves so slowly is that it tries to take too much with it, weighing itself down with useless rubbish which ought to be thrown aside. Much worthless luggage is carted over the hills and valleys of history, hindering the advance of humanity. It is so in our own lives. Men stagger along the road with acres of land on their backs, and houses and bags of money. Others carry old hates, old grudges, old envies and disappointments, which wear down their strength for nothing. At the end of the year it is wise to unpack our bundle and sort out the things we do not need – throwing the useless litter out the window or into the fire. How much does a man really need for his journey? If the wisdom of the ages is to be believed, the things we actually need are few, but they are very great. There abideth Faith, Hope, and Love, these three; and the greatest of these is Love. Brotherly Love, Relief, and Truth, to which let us add courage, which is the root of every virtue and the only security – what more do we need? In a world where the way is often dim, the road rough and the weather stormy, we have time only to love and do good. Hate is the worst folly. After all, what do we ask of life, here or hereafter, but leave to love, to serve, to commune with our fellows, with ourselves, with the wonderful world in which we live, and from the lap of earth to look up into the face of God? Neither wealth nor fame can add anything worth while.

The human procession is endlessly interesting, made up of all kinds of folk – quaint, fantastic, heroic, ignoble, joyous, sorrowful, ridiculous and pathetic – some marching, some straggling through the world. There are Greathearts who patrol the road, and angels who walk with us in disguise – angels we know them to be because they believe in us when we do not believe in ourselves, and thus make us do our best. And there skulkers who shirk every danger and wander to no purpose, like the tramp in a western village who, when asked if he was a traveler, replied:

Yep, headed south this trip; Memphis maybe, if I dont lay off sooner. I suppose Im what you call a bum partner; but I aint as bad as some of em. Ive been hitting the road for quite a spell, nigh on forty years; but I hold a feller has a right to live the way he wants to as long as lets other folks alone. Anyway, Ive had a heap of fun. Oh yes, I might have settled down and got married, and raised a lot of kids I couldnt a-took care of, same as a lot of fellers. But I didnt. They say kids come from heaven, so I jest thought Id leave mine stay there. It keeps me a- hustlin to look after myself, and handin out a bit now and then to some poor devil down on his luck. Well, so long, partner.

There is the shirk, the loafer, idle and adrift, living without aim or obligation – trying to slip through and get by. But there are spiritual loafers and moral tramps almost as bad, though they do not flip trains or ask for a Hand- out at the back door. Any man is a loafer who takes more out of life than he puts into it, leaving the world poorer than he found it. He only has lived who, coming to the All Mens Inn called death, has made it easier for others to see the truth and do the right.

When we know we are journeymen Masons, seeking a lodge, we can better interpret the ills that overtake us. One must put up with much on a journey which would be intolerable at home Our misfortunes, our griefs are but incidents of the road. Our duties, too, are near at hand. The Good Samaritan had never met the man whom he befriended on the road to Jerico. He did not know his name. He may have had difficulty in understanding his language. None the less, he took him to the next inn, and paid for his keep. Finding his duty by the roadside, he did it, and went on his way. Such is the chivalry of the road, and if a man walks faithfully he will come to the House of God.

Since we pass this way but once, we must do all the good we can, in all ways we can, to all the people we can There come thoughts of those who walked with us in other days, and have vanished. They were noble and true. Their friendship was sweet, and the old road has been lonely since they went away. Toward the end life is like a street of graves, as one by one those who journey with us fall asleep. But if we walk the Road of the Loving Heart, and make friends with the Great Companion. we shall not lose our way, nor be left alone when we come at last, as come we must, like all Brothers and Fellows before us, to where the old road dips down into the Valley of Shadows.

It is strange; the soul too is a pilgrim, and must pass on. Walking for a brief time in this vesture of clay, it betakes itself on an unknown journey. A door opens, and the pilgrim spirit, set free, makes the Great Adventure where no path is. But he who made us Brothers and Pilgrims here will lead us there, and the way He Knoweth. No blind and aimless way our spirit goeth, but to Him who hath set eternity in our hearts. Such thoughts visit us, such faiths and hopes cheer us, gathered in the Inn of Years End, thinking of the meaning of the way.

I go mine, thou goest thine; Many ways we wend, Many ways and many days, Ending in one end.

Many a wrong and its crowning song,

Many a road and many an Inn;

Far to roam but only one home For all the world to win.