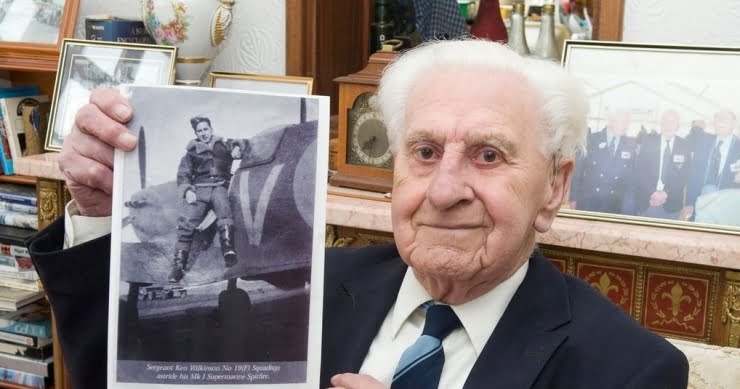 Hundreds of people attended the funeral of W Bro Ken Wilkinson, a Battle of Britain pilot and member of both Worcestershire and Warwickshire Provinces

The service was held in St Alphege Church in his home town of Solihull on 8th September 2017, with dozens lining the streets outside to pay their respects. W Bro Wilkinson’s coffin was carried into the church draped in the British flag, whilst a Battle of Britain Memorial Flight Spitfire cascaded through the sky above.

Those present included Air Chief Marshal Sir Michael Graydon, representing The Prince of Wales, as well as senior military commanders of the Royal Air Force and members of the Royal British Legion.