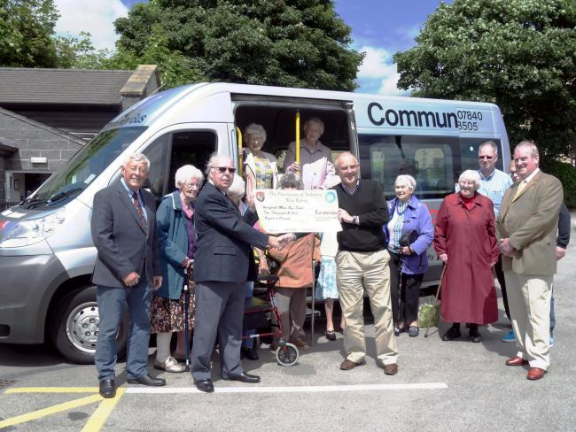 HORSFORTH’s charity minibus is back on the road after the previous vehicle was stolen last year.

The bus, which is run entirely by volunteers, provides a vital service for mainly elderly people but also for community groups.

But the service was left unable to operate after the minibus was stolen last July.

Now, it is up and running again thanks to a donation of £2,500 from the West Riding Masonic Charity and an insurance payment.

Horsforth minibus fund spokesman, Andrew Shearer, said: “It can be seen regularly in Horsforth taking some of our older residents to activities and the shops.

“In summer, it also manages to make a series of day trips. Many rely on us to get out. It is a registered charity, and is entirely run by volunteer drivers, who give up their time on a regular basis to ensure the service operates.”

He added: “The minibus can be contacted on 07840 178505, and we are always interested in talking to potential volunteers.”