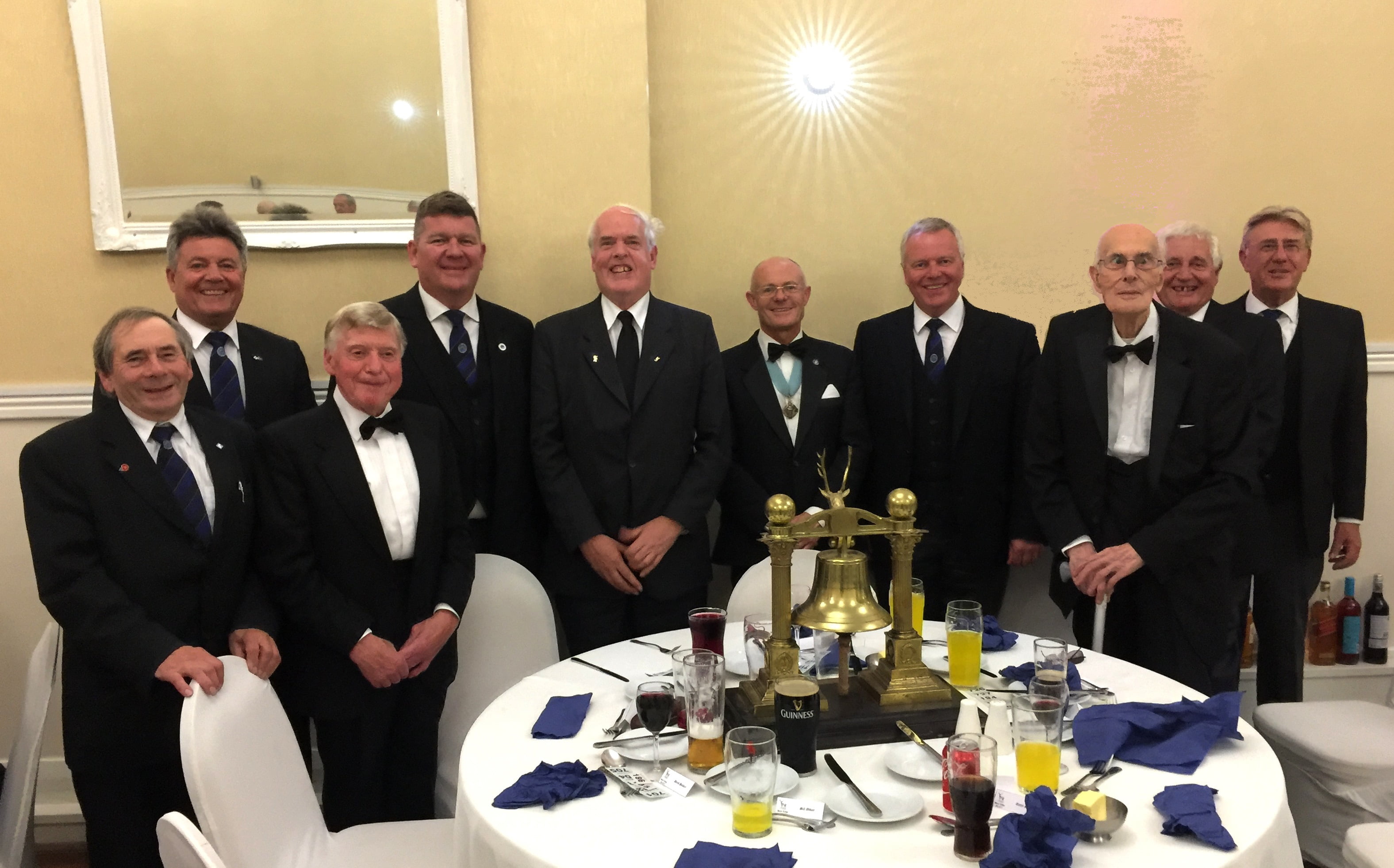 Harte and 10 Keys for Hiram

Harte enjoys a reputation for organising a good night and have again lived up to that reputation by persuading Dr Robert Lomas, author of the Hiram Key and many other masonic books, to travel up to Hartlepool to deliver one of his superb lectures to a full house of Durham freemasons that included a magnificent 68 visitors from 36 lodges.  Robert is certainly well written and well versed in matters masonic, to the extent that he was even involved with Dan Brown on his Lost Key book and has been named by Brown as the substance and inspiration behind his Robert Langdon character.

It is not uncommon to ask or be asked the question “What is Freemasonry and why do we enjoy it?” so it was certainly a headline that the audience were keen to hear such a well-read mason speak on.  Robert started with the history of those three original Aberdonians who worked with symbols to begin the writings that have evolved into the ritual that we use today.  Robert progressed through his talk to illustrate how those symbols are used and are relevant to the meaning behind the ritual, what we are meant to get out of the ritual and why the symbols are at the centre of masonic teachings.  It would be impossible to précis the content of this excellent talk any further but rather to merely congratulate Robert for producing and delivering such a talk that could not fail to achieve a reaction in each person present.  Each is on their own personal journey through life and an evening like this one can only prompt a review and reflection on why we joined freemasonry, what we are putting into it, and what we are getting out of it by way of personal improvement and our purpose in life itself, using the lessons learnt through the degrees and on the ladder.

Questions were understandably many and varied, all of which were duly answered in a manner that satisfied all.

The full content of this talk was much more encompassing, interesting and expansive than could possibly have been noted in a report such as this and so it can only be most highly recommended to look to attend any future lectures given by Dr Robert Lomas, be it in a Durham lodge or more likely further afield.

Moving on to another strength of freemasonry we retired to dine and enjoy the social aspect of the evening.  Harte never fails to look after their guests, whilst doing their best to persuade them to assist the charity steward in his efforts towards achieving his aim.  John Thompson and the Harte team was again successful in performing this duty, raising another significant sum towards the lodge Festival target, for which they were rightly thanked during the reply to the provincial toast.  The key draw started with just 12 keys but was not opened with the two attempts so leaves at least £400 to roll on to the October meeting and another couple of hopefuls can take their chances.