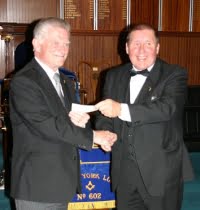 Our guest organists are by tradition offered free Festive Board in compensation for their excellent services. However, such is the demand for WBro Pauls Cegla’s services, his success was beginning to take it’s toll on his waistline.

Things had to change! 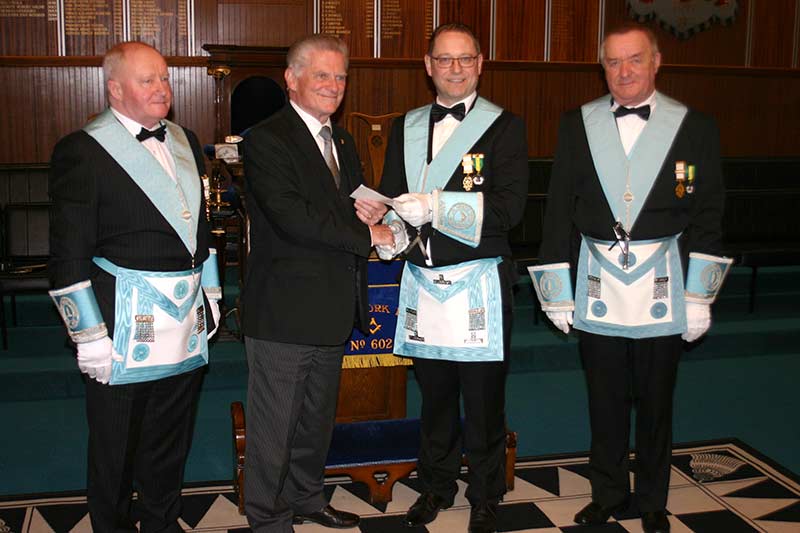 Paul’s lightbulb moment for the Festival, came when he asked for the cost of his meal instead, be donated to the MSF.
The maths is staggering, Paul has been Fasting for the Festival since 2013. Out as many as 3 times a week. That’s around 100 meals at an average cost of £10. He has in consequence raised an outstanding £1000 for Festival 2018 funds.
A renewed and slimmer Paul is pictured here during March 2016, presenting a cheque to the R.W. Provincial Grand Master, Jeffrey Gillyon. WBro Paul is resolved to continue fasting with of course the support of his lodge North York Lodge 602 and other lodges and chapters in the area. Saying, counting meals is much simpler than counting calories.