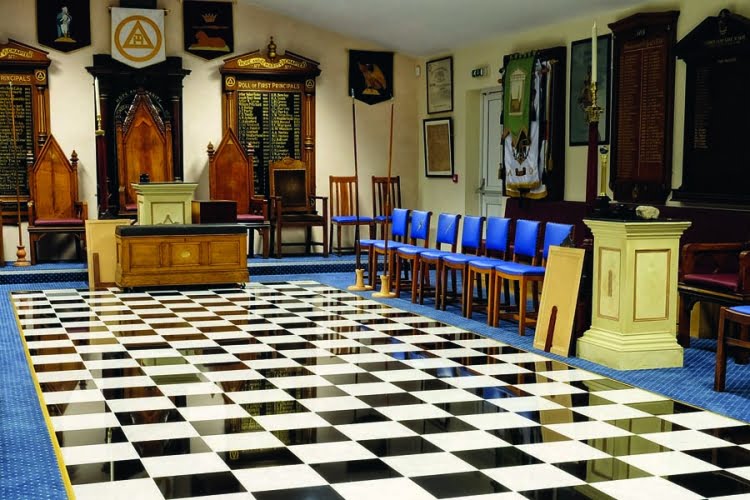 They bought their hosts an electronic scoreboard to strengthen their relationship

When a group of lodges in Kidderminster wanted to relocate from the cellar of a hotel, joining a local cricket club proved to be the perfect solution

In December 2015 the Membership Focus Group launched a strategic paper that identified masonic centres as a key area for improvement in the organisational development of Freemasonry. With many centres not considered fit for purpose by the members who meet in them, the challenge for lodges is how to turn a legacy problem into an opportunity.

‘It is not uncommon for lodges to find that their existing premises become unsustainable owing to lack of critical mass if membership levels fall, or simply because of the structural integrity of the building itself,’ explains Provincial Grand Master for Yorkshire, North and East Ridings, Jeff Gillyon, who heads up the Masonic Centres Study Group.

For a group of lodges in Kidderminster, Worcestershire, this was particularly true when their 44-year tenure at The Briars pub came to an abrupt end. With the brewery selling up, the lodges moved to a local hotel’s cellar for four years while considering a new meeting place.

‘It certainly wasn’t ideal,’ says Peter Ricketts, a Past Master of Lodge of Hope and Charity, No. 377, which was among those affected. ‘The cellar was small and the walls were covered in mirrors because it was planned as a nightclub. But for four years it was home to three lodges, a chapter and a Knights Templar unit.’

With so many members under one roof, amalgamating with a lodge in another property was out of the question, so the board considered buying a property of its own. ‘Then somebody suggested partnering with the local cricket club,’ says Peter. ‘It was perfect really, because the cricket season starts in summer just as the masonic season ends.’

With two bars and a large car park, the Chester Road Sports and Social Club easily catered to the social aspect of Freemasonry, but it clearly couldn’t provide a masonic temple.

So, after prolonged talks, it was agreed that the Freemasons could build one adjoining the club.

Work started on the new temple in September 2011 under the careful watch of Mike Langdon of Old Carolian Lodge, No. 7599. As the retired owner of a construction company, Mike drew on his industry contacts to source supplies at cost. Mike, together with fellow Old Carolian Mick Insull and Martin Lawrence of Lodge of Hope and Charity, completed most of the building work themselves over six months.

‘Until that point, my construction credentials extended to the wooden shed in my back garden, and that was a bit rickety,’ says Martin, a retired police officer from Aldridge. ‘But within a couple of months we’d laid the foundations and completed most of the brickwork.’

Progress was so quick, in fact, that by 3 April 2012 the first lodge meeting had been held in the custom-built premises. Staggeringly, the entire project cost just £150,000 – with key savings being made by Martin, Mike and Mick providing labour at no cost. ‘While quality was paramount, we made savings wherever possible and brethren helped tremendously,’ says Martin. ‘When we said we needed to insulate the loft, one brother went to B&Q and emptied the store of fibreglass rolls using his pensioner’s discount.’

A willingness to adapt traditional ideas of how a temple room should look, while not compromising on quality, also helped to keep the project on budget. For instance, Martin explains, ‘It would have cost £15,000 to have a masonic carpet woven, but a brother footed the bill for a magnificent marble and granite floor, which was a fraction of the price.’

The project is a great example of the flexible approach lodges need to start adopting to meet the changing landscape of Freemasonry. As the Masonic Centres Study Group’s Jeff Gillyon remarks: ‘This is a good example of how innovative thinking can solve the problem, but it is only one solution.’

For John Pagella, Grand Superintendent of Works, while the history and familiarity of a lodge room is important, ‘what’s essential is that Freemasons can still meet, regardless of where that may be’.

If that means relocating to a more affordable property, John says the first port of call should be a qualified adviser to get an idea of the full value of the property being vacated: ‘Consider the property’s potential as a commercial building. As a masonic hall, it may no longer have value, but as a hotel or a restaurant it could have enormous potential.’

Should lodges decide to capitalise on the commercial possibilities themselves, John advises taking a serious look at the standard of competition, and considering how commercial facilities would sit alongside masonic purposes. ‘Only then should you consider any refurbishment works. You need to approach the running of your centre like a business – balance cost against income.’

For those staying where they are, John says looking after the fabric of the property should be the priority. ‘Keep an eye on the building’s condition to avoid any major expenditure further down the line, and consider establishing a contingency fund,’ he says.

Ultimately, every lodge is individual – what may work for one may not work for another. The key is to take a proactive approach, says John, and to think practically about future-proofing your lodge. It’s a sentiment Martin agrees with. ‘Looking back, I can’t believe we stayed in our room at the pub for so long. There was no heating, no space and no funding to maintain it. Now we have a custom-built temple with the lowest capitation costs in the Province.’

While Martin appreciates the prospect of change can be daunting, it is necessary to ensure that Freemasonry keeps pushing into the future.

‘If there’s one thing I’ve learnt from this experience it’s that when it comes to the crunch, Freemasons pull together. We didn’t make it through the past 300 years without adapting.’

‘It was perfect, because the cricket season starts in summer just as the masonic season ends.’ Peter Ricketts

PLAN AHEAD: If your building is rented, start thinking now about alternative meeting places and set up a contingency fund by adding an extra £1 to capitation.

REACH OUT: Invest in your connections with the local community to keep your options open.

SCALE BACK: Charity starts at home, so if you’re struggling to cover costs consider reducing your charitable giving for a short while until the lodge is back on a stable footing.