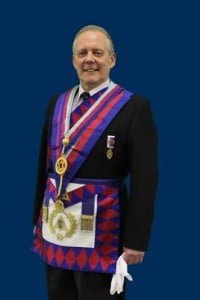 In the Royal Arch, Assistant to the Provincial Grand Principals responsible for the Wigan and District and Preston and Leigh Groups Ian Cuerden PGStdB will be promoted to the rank of Past Assistant Grand Sojourner at the next meeting of Supreme Grand Chapter in London.

Ian Cuerden, who is to receive grand rank promotion.

Ian, who is a member of Lodge Amounderness No 7105 which meets at Garstang, was exalted into Penwortham Chapter No 5874 in April 1971, He was first principal in 1986, served as Scribe E from 1988 to 1991 and was director of ceremonies from 1991 to 1994. He is also a member of Setantia Chapter of Installed Principals No 7755 and a member of Provincial Stewards Chapter No 8516. He is also a senior member of another Masonic Order.

Even after all the years Ian says he still experiences a quickening of his step upon entering a Masonic hall and hopes that his enthusiasm will continue to engender ever greater interest and participation in the Royal Arch amongst the companions he is privileged to serve.