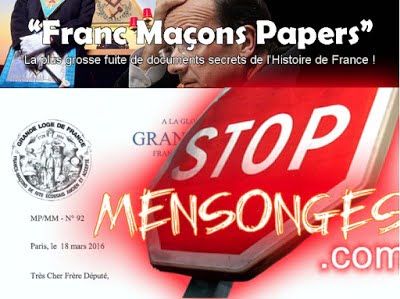 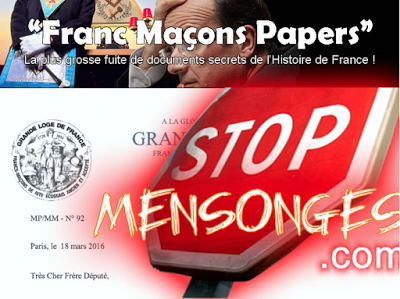 I’m a little late in reporting this, but my French is not so good and it’s taken a little time to sort out what is authentic from some wild claims. Apparently on April 2nd, a hacker infiltrated the online cloud storage files of the Grande Loge de France (GLdF) and released some 6,000 files from the organization. (The Grande Loge de France is the second largest obedience in that country, and is not the one currently recognized by the U.S., Canadian, and UK grand lodges.)

On April 10th, the anonymously authored French language conspiracy website, Stop Mensonges (Stop Lies), posted private internal correspondence, meeting minutes dating back to 2005, accounting documents (and according to one site, some petitions that included CVs, cover letters, criminal records and copies of ID cards) – all under the banner, “Franc-maçons Papers.” However, according the L’Express website, the GLdF’s private records of their 34,000 members were not hacked or leaked. The website has since been shut down.

According to L’Express, the owner of Stop Mensonges goes by the online name of Lawrence Freeman, but his real identity is André Pierre Laurent Gouyneau, age 43, who apparently lives in Los Angeles. Before the site was taken down, it featured stories about Holocaust denial, UFO sightings, 9/11 conspiracies, and other similar idiocy.

Now may be the time everybody should change their passwords…