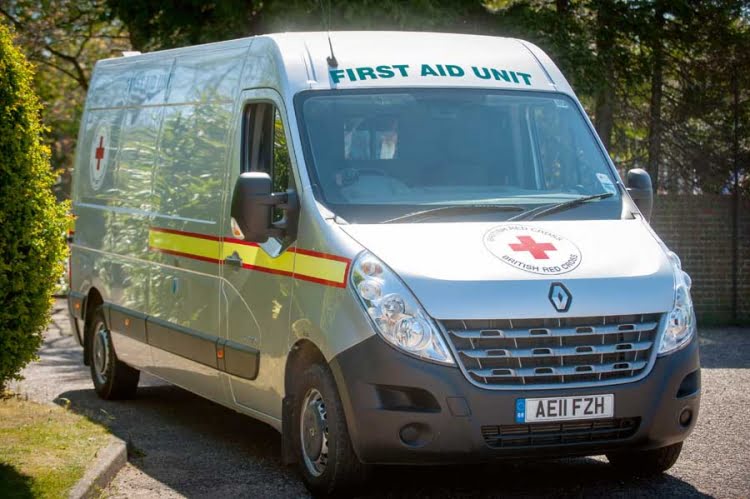 After the smoke has cleared and the flood waters receded, teams of British Red Cross volunteers are now on hand across the UK to give victims vital emotional support. Sarah Holmes investigates how masonic funding has helped this service to roll out nationally When the Telford family home caught fire in September 2014, Michelle and her five children got out with nothing but the pyjamas on their backs. ‘It was awful watching the black smoke billow out of the house,’ remembers Michelle. ‘All I could think was “What am I going to do? Where are we going to live?” ’ A plug in a bedroom sparked the blaze, which quickly engulfed the house along with a lifetime’s worth of possessions. Nothing could be saved. Fortunately, the family didn’t have to deal with the consequences alone. Within minutes, a British Red Cross Fire and Emergency Support Service (FESS) vehicle – one of a national fleet part-funded by The Freemasons’ Grand Charity – arrived on the scene to offer the family hot drinks, clean clothes and a safe place to sit away from public view. ‘The volunteers stayed with us for a good couple of hours until they knew we had somewhere to go,’ says Michelle. ‘I was so grateful for their help.’ Michelle is just one of the many people who have received support from the FESS, which has evolved over the years to help victims through such emergencies as fire, flood and road collisions. ‘In an emergency situation, very few of the blue light agencies have capacity to look after the emotional needs of survivors,’ says Simon Lewis, head of emergency planning and response at British Red Cross. ‘Quite often, families are left to deal with the consequences alone. That’s where the British Red Cross comes in.’