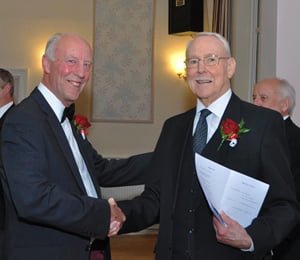 The members and friends of St George’s Lodge of Chorley No 7161 gathered to install Graham Wallis as master. The lodge was honoured by the presence of Ken Shaw representing the Provincial Grand Master Tony Harrison.

Also present were eight masters of other lodges and a contingent of the Widows Sons motorcyclists. The Widows Sons is an international association which is open to all Freemasons who enjoy motorcycling and have a desire to ride with and associate with their fraternal brothers. Their goal is to introduce the pleasures of motorcycling to their Masonic brothers, raise Masonic awareness in the world of motorcycling and to support their regular Masonic lodges through regular attendance and assisting with or attending lodge events.

Edwin Schofield installed Graham into the chair of King Solomon, assisted by members of the lodge. Edwin presented the address to the master, John Roden addressed the wardens and Ken Shaw addressed the brethren.

The working tools were presented in fine style by three junior brethren: in the third degree by Ray Thain, in the second degree by John Askew and in the first degree by Chris Upton; all under the watchful eye of director of ceremonies Eddie Porter.

Ken brought greetings and best wishes from the Provincial Grand Master and congratulated all those who had taken part in the ceremony. He made special mention of the three junior brethren who had presented the working tools so well. Ken said that he was pleased to see so many visitors to the lodge.

Ken thanked the members of St George’s Lodge for their very generous donations of £250 to the West Lancashire Freemasons’ Charity, £250 to Chorley Masonic Hall Association and £300 to the tercentenary appeal.

The master’s song was sung by Paul Brunskill accompanied by Cedric Mcllwain.

It was a very busy and enjoyable night with extremely good food, good wine and above all super company. 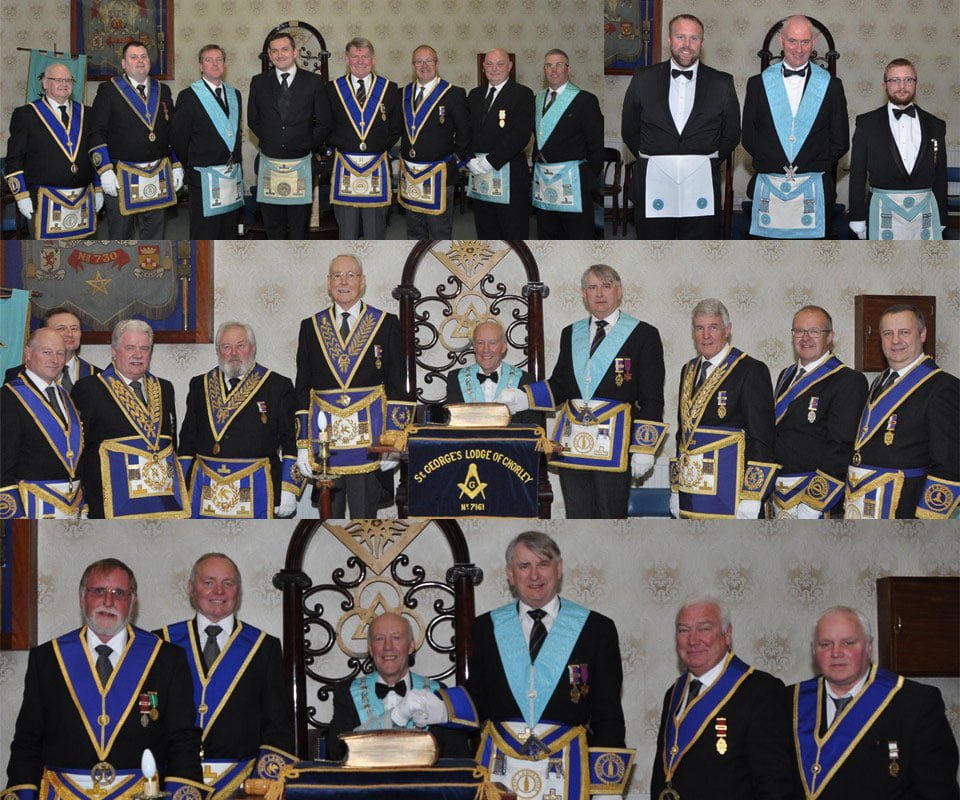