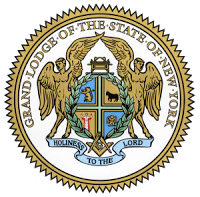 A resolution was passed at the Grand Lodge of New York’s 2016 annual communication this week now allowing Entered Apprentices and Fellow Crafts to sit in lodge meetings in that state.  The decision is left up to the discretion of the WM of each lodge, and the lodge must still open and close on the MM degree. But the EAs and FCs may be admitted to the meeting once that requirement is satisfied, and leave again prior to the close.

To admit the EAs and FCs the rule requires that the lodge must first open on the MM, then open a lodge of EAs (or FCs) – which must then be closed again, prior to then closing on the MM.

During the meeting, ritual, signs and other details of the MM degree may not be discussed or revealed with EAs and FCs present.

According to my records, New York now becomes the 27th U.S. grand lodge to permit this (along with the overwhelming majority of regular GLs around the world outside of the U.S.).

I was told of this legislation at the GLNY , but the actual wording of it is:

“RESOLVED, that any and all business and work be permitted in Lodges working in any of the three Degrees of Masonry and in the presence of such Entered Apprentices and/or Fellowcraft as the Worshipful Master in his discretion may admit within, so long as the same shall not reveal the secrets, esoteric materials, emblems and lessons of a higher Degree.”

Additionally, the GLNY also lowered the age of petitioners to 18.