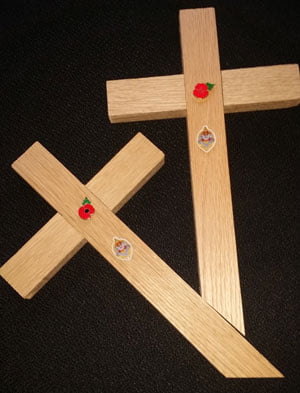 As part of the Warrington Museum of Freemasonry celebrations for the tercentenary of the Grand Lodge of England (1717-2017), our thoughts have turned to the Freemasons in Warrington who lost their lives during the First World War (1914-1918). 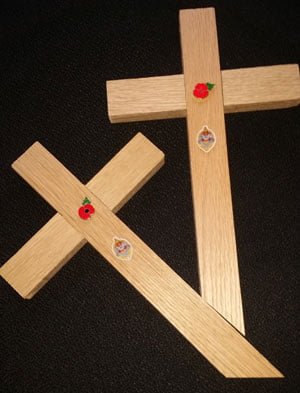 The crosses made by Vic Charlesworth.

It is chilling to think that the British Army had some 8,700,000 men available for deployment, of which 2,270,000 were wounded or died of disease and some 970,000 were killed in action. These figures also include those missing, presumed dead. Only half of these men have a known marked grave. 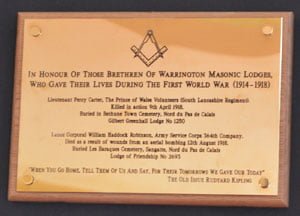 A commemorative plaque was unveiled on the Heritage Open Day in September 2017 by the Mayor of Warrington, Councillor Les Morgan and Andy Barton, Chairman of the Warrington Group. Also, the curator of the museum, Vic Charlesworth handmade two beautiful crosses which were placed on their graves by Rob and Caroline Crook.

Story and pictures by Caroline Crook. 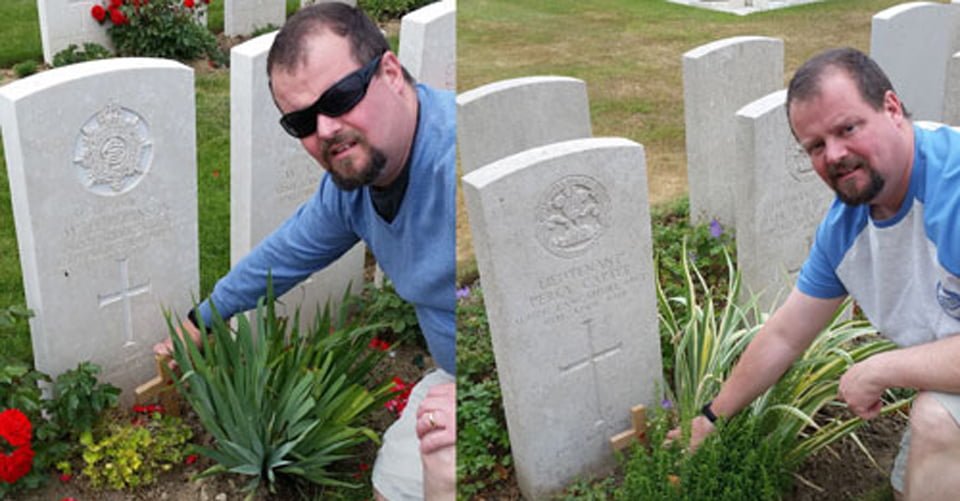 Rob Crook placing the crosses on the graves of William Robinson and Percy Carter.