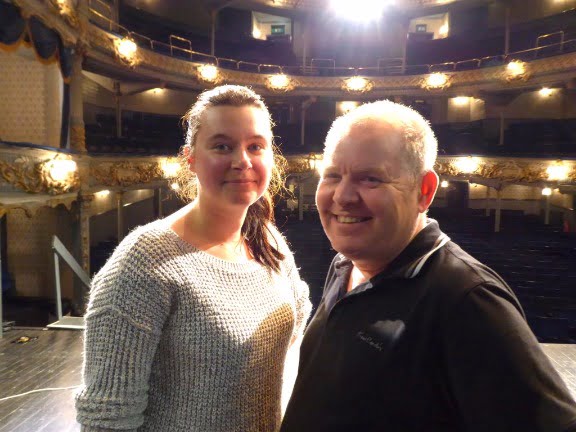 The curtain is about to go up on a very special variety show that is set to raise the roof and much needed funds for local charities as three important anniversaries are celebrated in an iconic Newcastle venue.

One of the oldest working Victorian theatres in the world, The Tyne Theatre and Opera House celebrates its 150th anniversary while Northumberland freemasons mark 300 years and Byker Masonic Hall has a landmark 50th birthday. Bringing them all together is a team headed by James Horner from Byker Masonic Hall who has been fundraising with the 2CC initiative for many years.

As James explains, the highlight of his efforts is a spectacular variety show which takes place at the theatre in the name of charity.

“Everyone taking part both onstage and behind the scenes, including the bar staff have given up their time for free to help the cause. We’re raising funds for the Northumberland Masonic Charities Association (NMCA) and the Tyne Theatre & Opera House Preservation Trust.

“We’ve a great bill including our compere Tom Jobes who will be performing from his wide repertoire and bands The North, The Moonstones and The Baldy Holly Band. We’ve comedy from The 2 Martins and Pete Peverley who will perform his famous Bobby Thompson routine. There’s also lots more singing, dancing and comedy from a host of other first class entertainers who will make the show complete.”

One such entertainer making her Tyne Theatre and Opera House debut is Nikki Simm from Morpeth. The 28-year-old who works front of house at the theatre will be performing a song from Les Miserables accompanied by a dance routine.

Nikki said, “This is a tremendous theatre with a lot of history. I’m delighted to be able to perform for such good causes and I’d urge everyone to come along and support the theatre and the charity.”

Tickets for the event on Sunday 3rd September at 1pm are priced £10 (Plus booking fees when booking online or over the phone.)