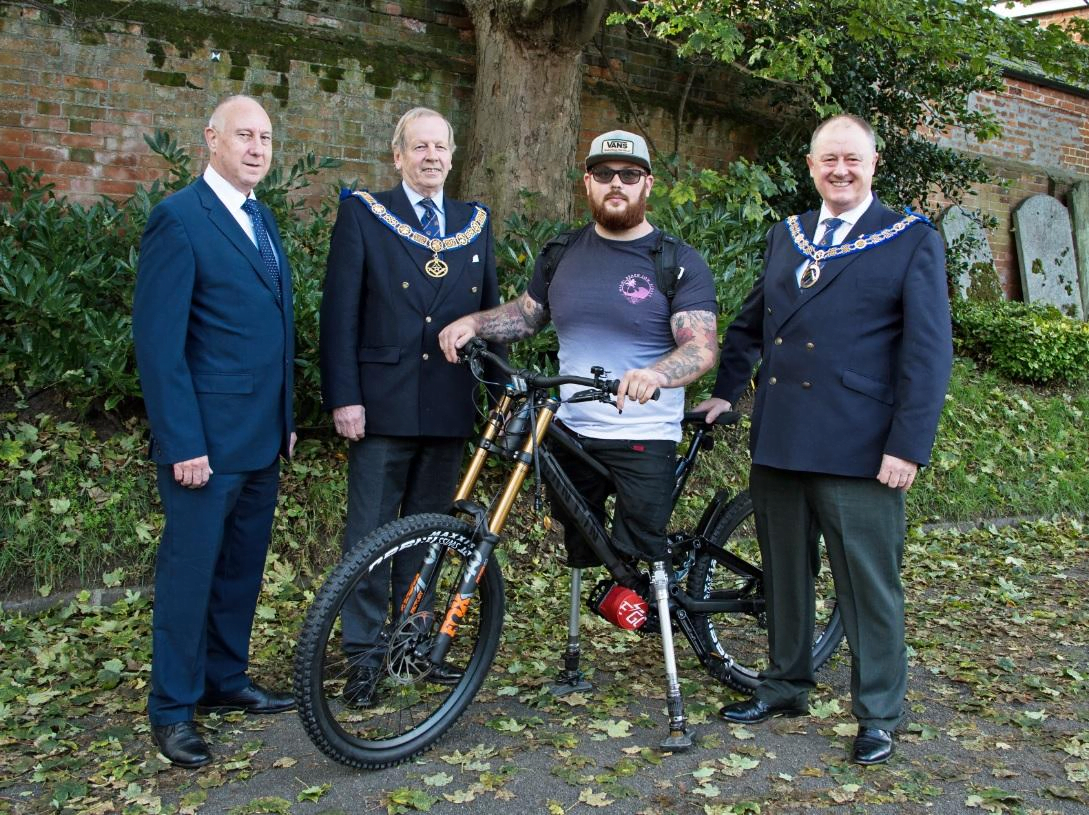 An injured war veteran who lost both legs after a bomb blast in Afghanistan has had his specially adapted bicycle replaced thanks to a generous donations from Essex Freemasons.

However, building a vehicle to Mr Hall’s unique specifications was not easy, and the new £8,000 bike had to be crafted by a team of experts in Austria over four months.

He said: “I am relieved to have a bike back in my life and what the Freemasons have done for me is above and beyond what I could expect.

“It was completely out of the blue and it was because of the Gazette’s story that they heard about it.

“There was money in the bikes, but also hours and hours of building them, putting them together and searching for the parts on the internet.

“To have it snatched from me like that was heartbreaking.”

Two bikes worth about £3,000 each were taken from a shed at Mr Hall’s home in Henry Everett Grove, Colchester, in April.

At the time he was in Anglesey with Team BRIT, a team of injured service personnel who are hoping to be the first disabled team to race at the Le Mans endurance race

Although an expert driver, Mr Hall’s biggest passion is cycling, and he is delighted to be able to get back in the saddle again.

He said: “The bike gives me a bit of freedom back and gets me out and about with my friends again.

“I was hugely into cycling before I joined the army and then I kept it up as much as I could.

“After being injured it all came to a complete halt but it one of the things I challenged myself to do again. It is a shame the Freemasons had to replace it and there are sick people out there who do this kind of thing.”

Ash Hall sees his new bike for the first time

He said: “I was particularly appalled by the fact the thieves, who have probably contributed little to the community, had deprived a brave Army veteran, seriously disabled serving his country, and my members agreed. I am delighted we could help.”

Mr Hall, who competed at the Invictus Games last year, was part of a Royal Engineers bomb disposal unit when he was caught up in an IED blast in 2017.

Both of his legs were amputated above the knee and he underwent 80 operations and years of rehabilitation to walk again.