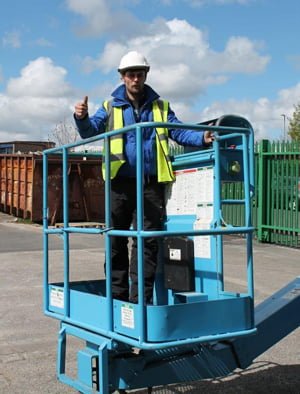 After Stephen Canavan joined Priory Lodge No 6362, he that said he joined the lodge because he likes to help people. Stephen’s company, Express Direct Training Ltd, (EDT) hold the Armed Forces Corporate Covenant and the Bronze and Silver Awards in recognition of the support they give to ex-military personnel, and after reading a story in the Liverpool Echo about an ex-soldier (Jamie Rawlinson) living on the streets in Liverpool, the thought of an ex-soldier being on the streets with no help and no future was a situation that Stephen was not prepared to stand by and do nothing about.

Jamie Rawlinson operating a cherry picker as part of his training course.

After contacting a number of military friends, Stephen decided to visit the city centre to try and find Jamie.  This he did. From 11:00am, he searched the city, spoke to a lot of homeless people about their associated problems, which made him more determined to find Jamie. Stephen finally located Jamie at 4:30pm and as you can image Jamie was quite suspicious and a little unsure of how to take Stephen as his path so far had been littered with obstacles, problems and empty promises. However following reassurance from Stephen, he agreed to go for some warm food with him and a friendly chat.

Stephen listened to his hardships and problems for over an hour and assured Jamie that he really wanted to help him. He gave him some money for accommodation so that he could wash, shower and begin to feel a bit more human, and a phone with credit so that they could keep in touch.

Stephen arranged to meet Jamie again the following Monday, by which time Stephen could have contacted associates who could also possibly help.

Stephen has a number of associates within Freemasonry who he knew could help and a team was formed; Mike Cunliffe from Old Lerpoolian Lodge No 9270 and Kevin Birchall, currently unattached, swung into action and met with Stephen and Jamie at EDT to discuss the best ways of helping him.

The main one being accommodation, so a hotel in Liverpool was found, but even with discounted rates this was never going to be home. The team had a problem as they wanted to help Jamie get back on track to live his life to the full and Jamie like a lot of ex-soldiers suffers Post Traumatic Stress Disorder and a number of ailments associated with military life. Living on the streets has made it impossible for Jamie to engage with help for these matters but to achieve any medical help a permanent address was needed.

Stephen again paid for the hotel for Jamie for a further two nights, gave him clean, decent clothing to wear, and money for food whilst they tried to find more permanent accommodation for him. He also offered Jamie free training to enable him to get a number of licenses for a variety of fork lift trucks and with Steven’s contacts he arranged a guaranteed interview with a national company on Jamie attaining the licenses.

Ringing around the various charities in the North West a solution could not be found so Stephen asked his team at EDT to contact partners they had previously worked with to see if they would be able to help, one being Joe Cummins at South Liverpool Housing.  Within 20 minutes Joe rang back to say he had contacted Speke House which is a fantastic organisation that helps all ex-service personnel not only with accommodation but also with pastoral support.

Stephen went with Jamie to Speke House and met with the staff there, who have vast experience of helping people like Jamie, and offered him accommodation.  This could lead to a permanent address for Jamie, who in the near future may need the support of the various organisations and charities in the North West  to help with furniture, etc.

Thanks to Stephen’s help and perseverance, Jamie will again be able to hold his head up and be seen by the people of Liverpool as an ex-soldier who has served his Queen and Country. 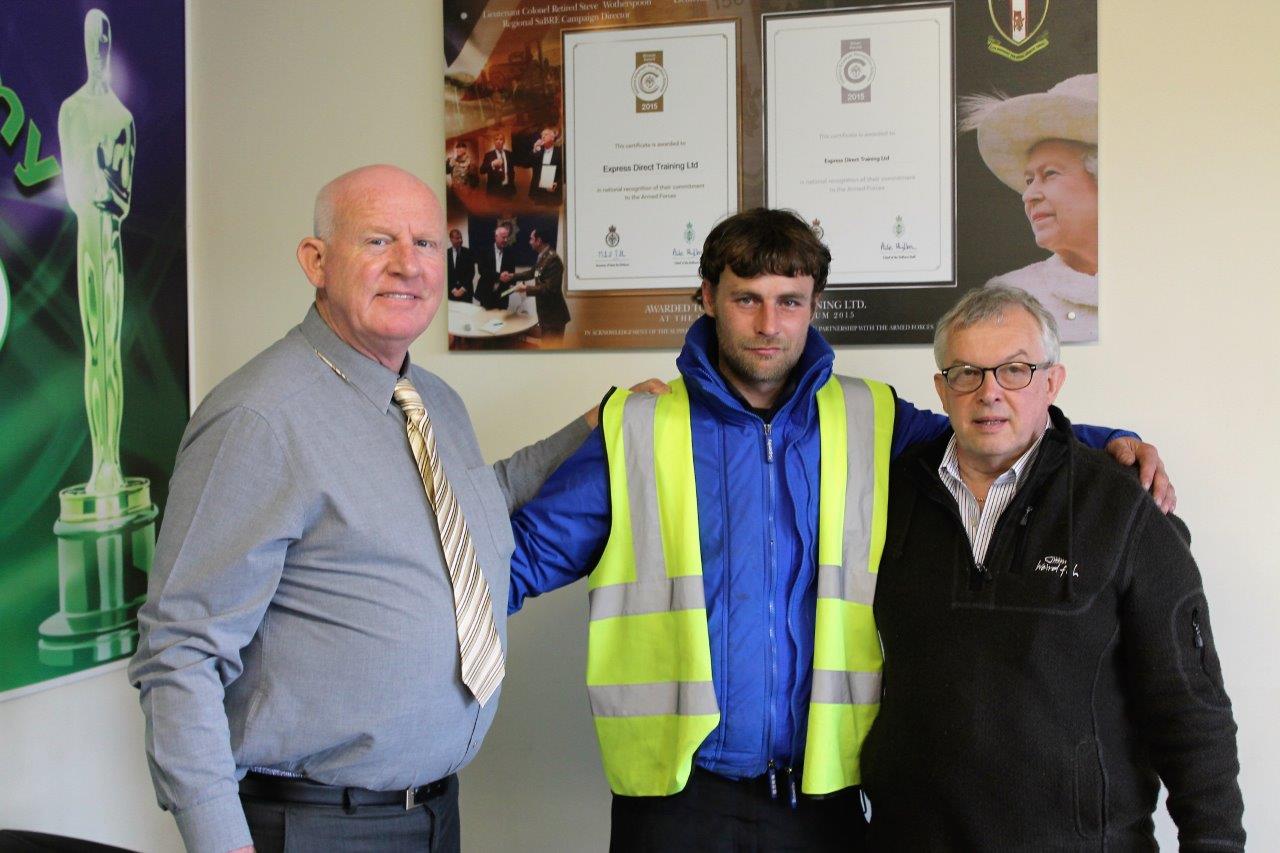 Pictured from left to right, are: Stephen Canavan, Jamie Rawlinson and Mike Cunliffe.