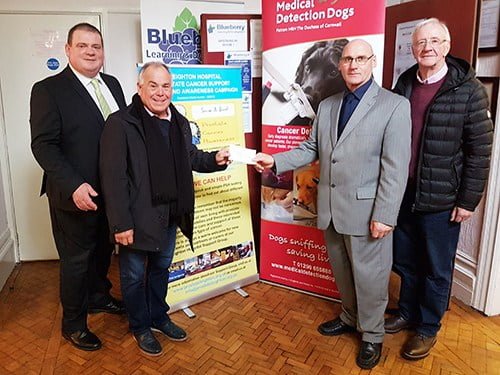 On Saturday 18th of November, the Area 2 APGM, W.Bro Gary Horstman, and Area 2 Chairman, W.Bro John Miller, where two of the first to attend the Prostate Screening Event at Whitby Masonic Hall, which was also attended by a good and steady number of Masons from the immediate Area.
Whilst there, the hall TLC representative, W.Bro Ted Thompson donated the magnificent sum of £350 to W.Bro Horstman, which was the amount raised in recent months from his efforts in selling merchandise to the lodges and even the local Weight Watchers group who use the hall. 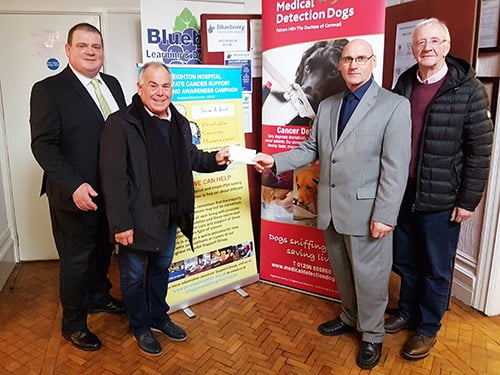 The Event was ran by the Leighton Hospital Prostate Cancer Support Group, who on behalf of the  Province of Cheshire have been holding regular screenings at various halls throughout the Province, and we thank them for their help and continued support in the early detection of this all to common, but mostly treatable condition.