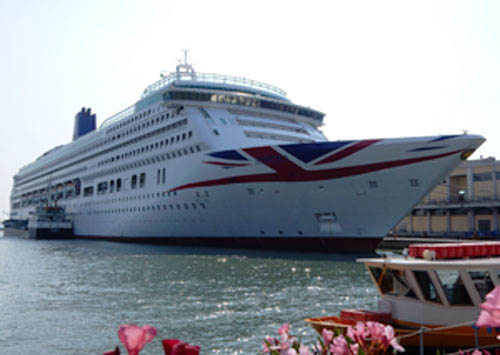 On a 17-night Mediterranean cruise on P&O MV Aurora from Southampton which called at Cadiz, Messina, Venice, Sibenik, Dubrovnik, Cagliari, Gibraltar and then back to Southampton, Martin Smith a past master and director of ceremonies, arranged for a note to be placed in the daily on-board newspaper, which called for any Masonic brethren who would like to meet for an unofficial gathering in the Uganda room.

At the allotted time about 10 to 12 brethren popped into the meeting. Following introductions and general chats, the discussions soon got around to the possibility of holding a cocktail type party for brethren, their wives, partners and friends. It was agreed that this was a good idea and would provide a vehicle to raise some money for charity.

Martin, being instigator and organiser, suggested that a treasurer should be nominated and Malcolm Talbot, a past master of the Ferrers and Ivanhoe Lodge No 779, (Ashby-de-la-Zouch), volunteered to be treasurer. Martin asked for a volunteer as president. John Starkey, a past master and a member of the Lodge of Lights No 148, (Warrington), also volunteered and was accepted as president. Martin, as organiser was also nominated to act as director of ceremonies. It was agreed that a short cocktail party was to meet in the Uganda room on a formal night, subject to availability.

The time was selected to be before the first dinner sitting. The captain, Wesley Dunlop, along with available senior officers would also be invited. Martin informed the brethren that a number of Masonic widows were on board and it was agreed that they should also be invited.

On the evening almost 40 Masons, wives, partners and friends attended the party and were received with a glass of wine or non-alcoholic drink. The captain, along with two of his senior officers were in attendance. It almost seemed that everyone had known each other for some time and a very welcoming and friendly atmosphere was soon in evidence.

Martin as DC introduced John as president, who welcomed everyone, saying he hoped that all would have an enjoyable evening. John then proposed the loyal toast.

Before proposing the second toast which was to ‘The captain, Wesley Dunlop, his officers and ships company’ John referred to P&O’s celebration of its 180 years history and related this to the fact that Captain Cook sailed for Australia only about 250 years ago and P&O was formed just 70 years afterwards. There have been tremendous advances is shipping over the last few years. John thanked the captain, his officers and all the ship’s company for looking after everyone and making the cruise safe, comfortable and most enjoyable. 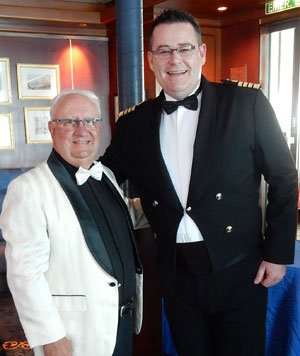 John concluded by explaining that Freemasonry too was undergoing a tremendous celebration this year being 300 years of the formation of the United Grand Lodge of England. He also gave an example of how Freemasonry has assisted the seafaring community for many years, including the replacement of the tragically dreadful loss of the Penlee lifeboat in 1981, to name just one. The response was given by Wesley who thanked the group for their invitation saying he had enjoyed the meeting and wished everyone continued enjoyment.

The third toast was to ‘the ladies’. John thanked all the ladies for looking after us, gracing our tables and most of all for the support they continue to provide. The response was offered by Mrs Sally Smith who said: “Thank you for your toast and kind thoughts”.

John proposed the final toast of the evening which was to ‘absent brethren’, which was a time to think of absent friends.

Martin made an announcement that the evening raised a grand total of £250 which will go to the captain’s nominated charity, being ‘The Teenage Cancer Trust’. Wesley thanked all present for such a magnificent amount generated in such a short time and in such an enjoyable way.

Article and pictures by John Starkey. 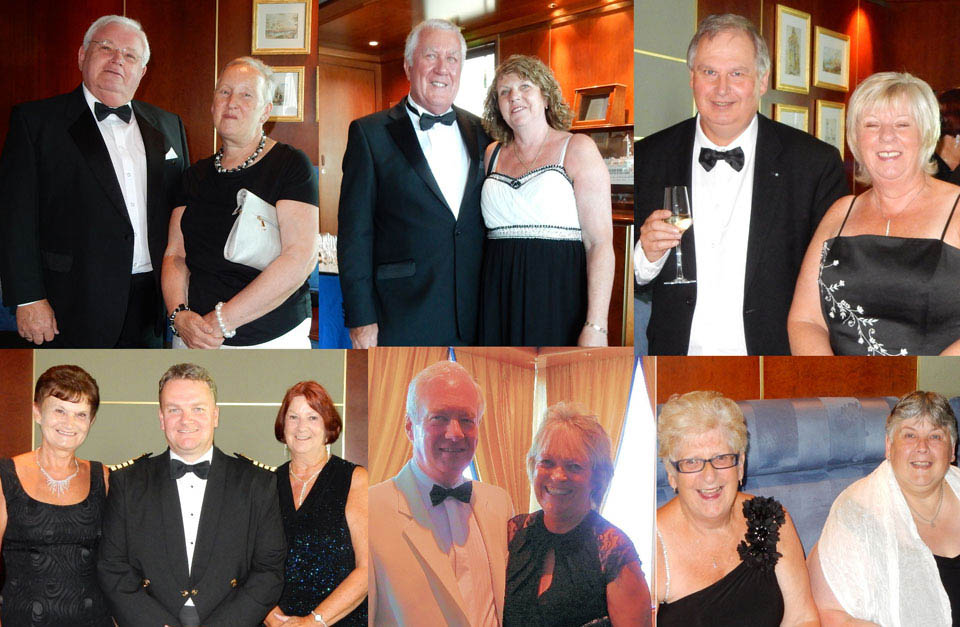 Brethren with wives, partners and friends enjoying their cocktail party.