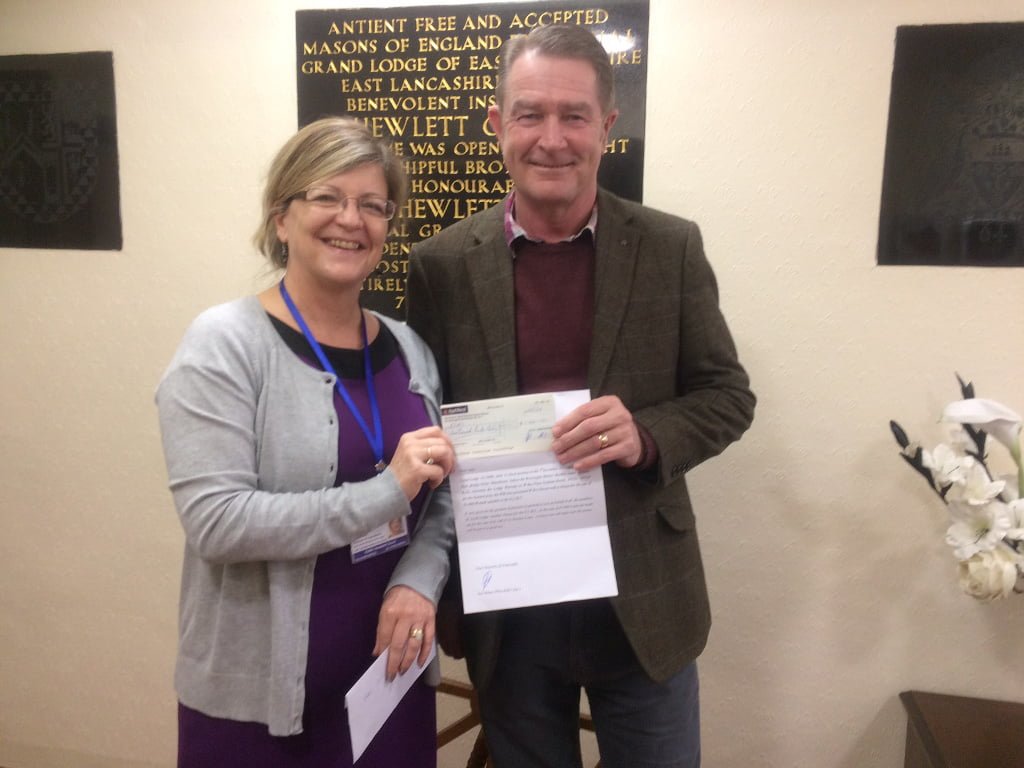 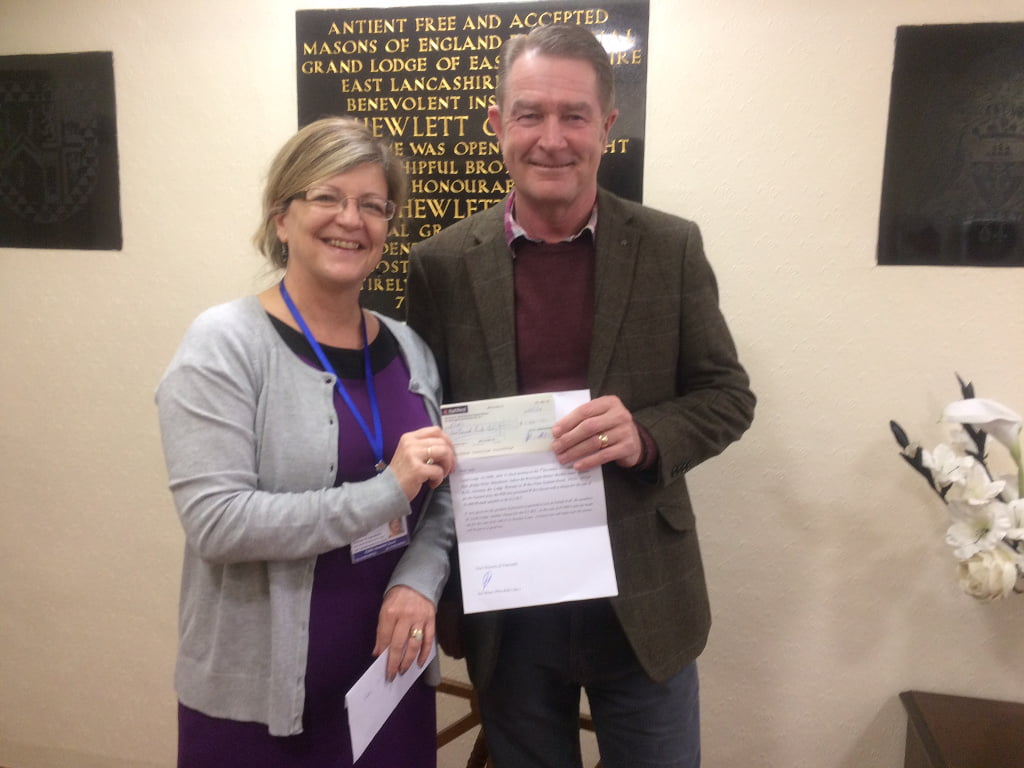 On Thursday the 7th December 2017 Loyal Lodge No 5040, a Lodge meeting at Bridge Street since 1928, held its final meeting before handing back the Lodge Warrant.

Hewlett Court is a self-funding organisation and only receives funding from the ELMC when they need it, so it is very gratifying that a small Lodge with only 12 members were able to assist them.

Since the members of Loyal Lodge installed Bro James A Kelly as their final serving Worshipful Master in December 2016, they have donated over £5,040.00 to Masonic and local charities and good causes the last of those being made to Mrs Julie Ward on the 26th January.

And finally a thank you to W Bro John Robert Gore, Secretary of Loyal Lodge for 33 years who sadly passed away in hospital on the 12th December 2017, RIP John.