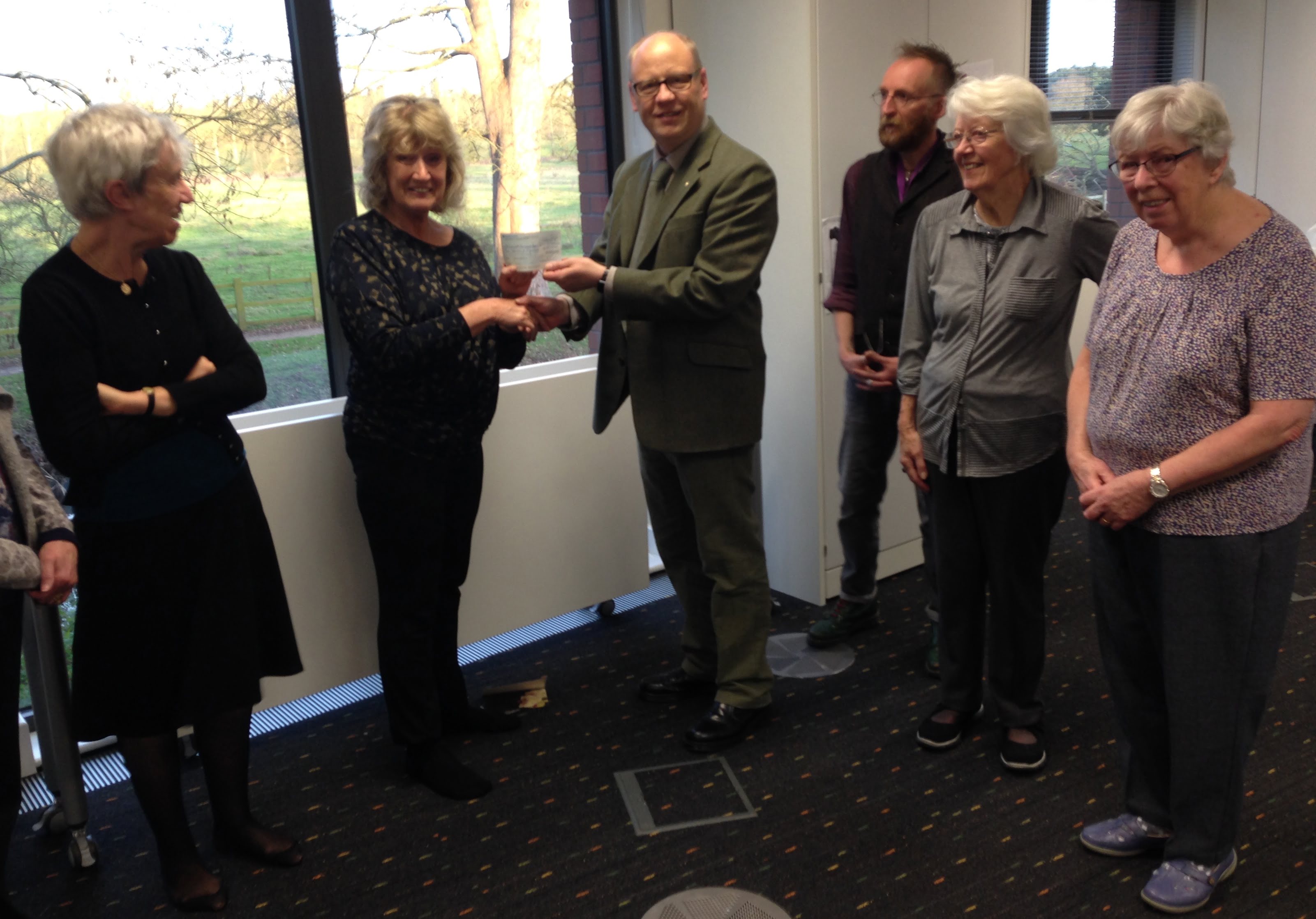 On Thursday the 22nd of December 2016, the Master of Lactodorum Lodge No. 8526, WBro Simon Key, attended The Forum at Towcester and presented a cheque for £500 to Mrs. Julia Dickerson, coach of the newly formed Exercise & Well-Being Group, a group set-up and run by the Northampton, Daventry and Towcester Branch of Parkinson’s UK.

The money presented by WBro Key had been raised by the ninety or so Brethren who attended Lactodorum’s Christmas Carols meeting, which took place on the 15th of December 2016. Both the AsstProvGM, WBro Charles Bennett, and WBro Norman Pope, PAsstProvGM were in attendance.

Notwithstanding the singing of Good King Wenceslas inflicted on the Brethren by WBro Key, the meeting and Festive Board were a great success. The latter was in no small way due to the efforts of WBro Richard Brice ProvGMen, Bro Dave Adams and the rest of the Lactodorum Stewards.