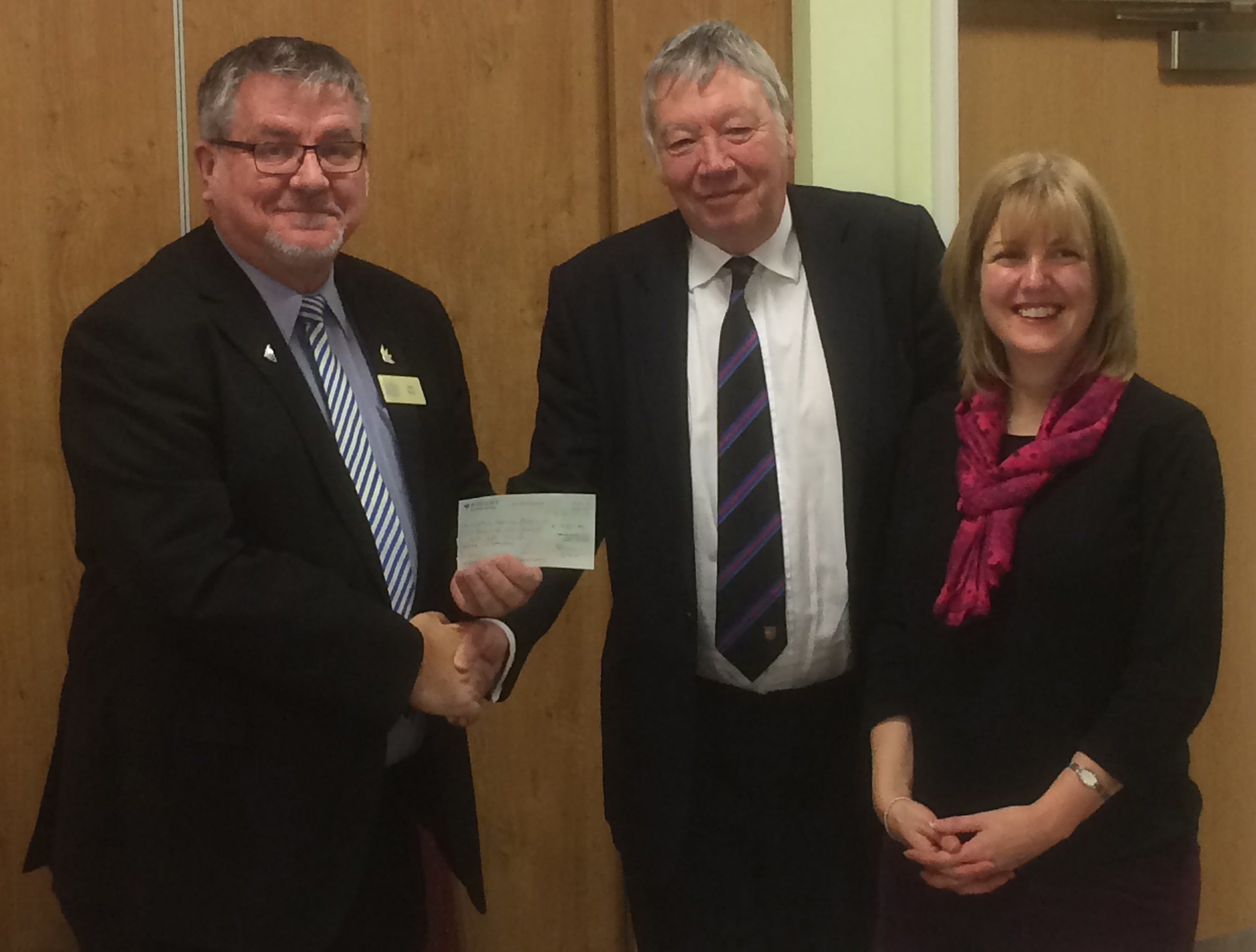 On Wednesday the 14th of December 2016, Ceres Lodge No. 6977 held a very successful and well attended white table meeting.

The Worshipful Master, WBro David Watson, was pleased to welcome Mr John Helm and Mrs Amanda Taylor from the Cynthia Spencer Hospice. The Hospice had been chosen by the now IPM of the Lodge, WBro Richard Cooke, as the main charity he wished to support during his year as Master.

Mr Helm and Mrs Taylor gave an enlightening talk about the hospice and its work in the county. At the festive board WBro Cooke was pleased to present Mr Helm with a cheque for the sum of £1,900.

WBro Cooke thanked the staff of the Hospice for their tremendous work helping those needing palliative care in the county. WBro Cooke had chosen to support Cynthia Spencer Hospice in memory of Ceres Lodge member WBro Jim Pitts who sadly passed away whilst in their care. A donation of £500 was also sent to the Medical Detection Dogs Charity, the second charity supported by WBro Richard Cooke during his year as Master.

At the festive board, WBro David Watson announced that he wished to support Teddies for Loving Care (TLC) and the Air Ambulance Service during his year as Master. The latter was in gratitude for airlifting his grandson to hospital after receiving a serious back injury whilst playing rugby.